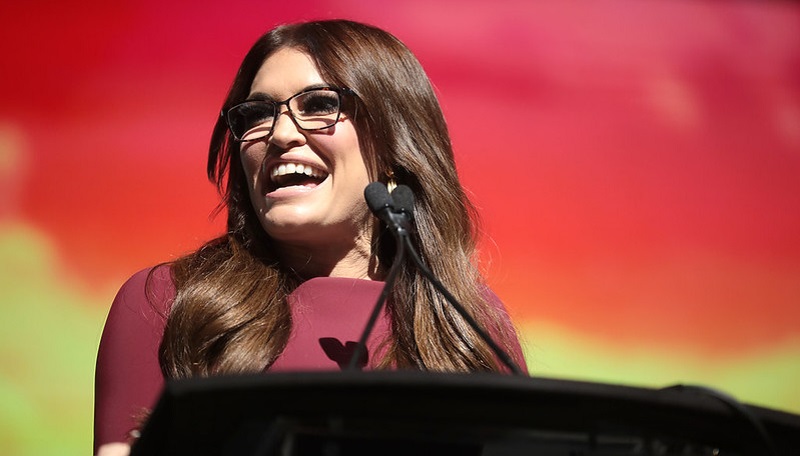 According to the details, Politico reported that Guilfoyle, who worked as an advisor in President Donald Trump’s reelection campaign, engaged in “sexually suggestive” conversations with Trump Jr. that made donors uncomfortable.

She also offered to give a lap dance to whomever made the biggest donation at a Trump Hotel fundraiser in December in Washington, DC, the news outlet reported, citing two people who were at the event and another with knowledge of the situation.

At another event in Jackson Hole, Wyoming, earlier this year, Guilfoyle offered a hot-tub party to whomever raised the most money, Politico reported, citing an attendee.

As per Politico: “At an event in Jackson Hole, Wyo., earlier this year, Guilfoyle and the younger Trump joked about how she raised money while in hot tubs. Another attendee presented a slightly different version, saying that whoever in the audience raised the most money would be offered a hot tub party with Guilfoyle.”

A source also told the publication that at a fall 2018 fundraiser, Guilfoyle said Trump Jr. “liked it when she dressed up as a Dallas Cowboys cheerleader.”

“Some donors were horrified by what they described as Guilfoyle’s lack of professionalism,” Politico reports. “She frequently joked about her sex life and, at one fundraiser, offered a lap dance to the donor who gave the most money.”

Trump campaign spokesman Tim Murtaugh specifically addressed the allegations of sexually suggestive comments, telling Politico: “Kimberly Guilfoyle is an excellent fundraiser and was a highly valued asset to the President’s team. There was nothing offensive about her presentations in context.”

Guilfoyle, a former San Francisco prosecutor and ex-wife of California’s Democratic Gov. Gavin Newsom, earlier declined to be interviewed for the New Yorker report and the Business Insider profile.