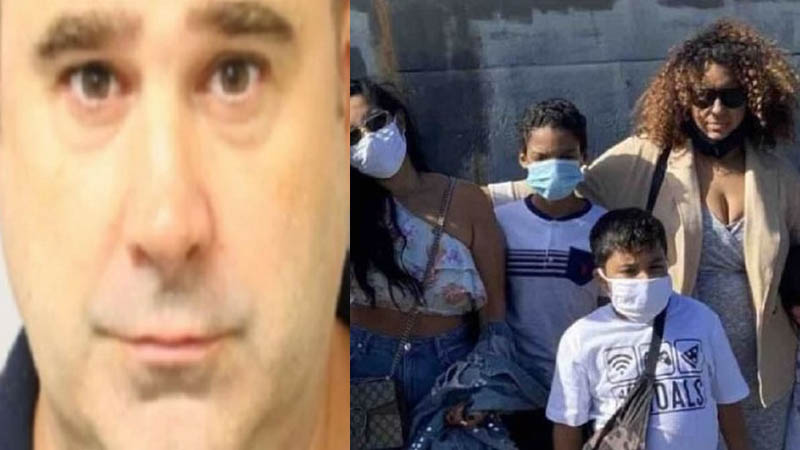 A sex offender who murdered his ex-wife told their five-year-old daughter “it was only a nightmare” before he shot and killed himself, authorities claim.

James Cox, 43, killed his ex-wife Massiel Deoleo on Friday, April 2 in front of their five-year-old daughter, at their home in the US state of New Jersey, it has been reported.

The little girl told her grandparents, who lived upstairs, that her “Daddy killed Mummy,” and that her father had told her it was only a nightmare.

Mahwah Police Department were called to Cox’s home at 601 6th Street in Carlstadt on Saturday, April 3 after Massiel’s family said they were worried about her well-being.

Police arrived to speak with the 43-year-old who refused to let the force into his home, warning them that he had a gun.

After an eight-hour stand-off, negotiations failed, and Cox’s water was cut in a bid to get him to come out of the home.

Shortly after, a SWAT team fired tear gas into every window in and around his apartment and attempted to make entry.

The Daily Voice reported members of the SWAT team heard a “single gunshot” as soon as “they made entry”.

Police found Cox, and then Massiel, dead inside the house.

Detectives believe the former couple had rowed after enjoying dinner at Segovia Restaurant in Moonachie.

Cox had reportedly become aggravated at the use of Massiel’s use of her phone and followed the mum into a bedroom where he shot her in the chest, police say.

The force discovered Massiel’s phone, among other items, outside Cox’s home and it is believed the items were placed there after the killing, it has been reported.

A GoFundMe account has been set up for Massiel’s three children, five-year-old Penelope, 12-year-old Bella, and 15-year-old Janhel.

The fundraiser is designed to help cover the cost of the funeral and aftercare for the children.

Cox was convicted of aggravated assault with a weapon in 2002, after kidnapping an ex-girlfriend with a knife and raping her.