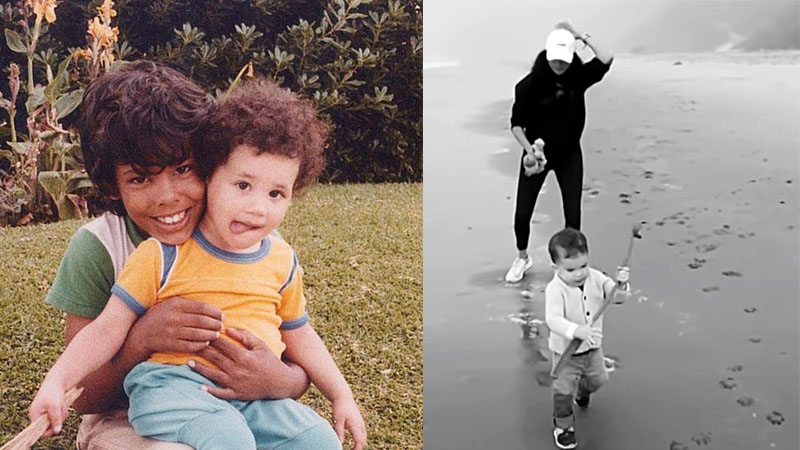 Adorable little Archie is a spitting image of his mum Meghan Markle, fans to the royal say, adding the pair look so identical he ‘stole her face’.

The young son of Prince Harry and the Duchess of Sussex turned two yesterday, (May 6), and fans and royals across the world wished the toddler a happy birthday.

One fan claimed: “Archie definitely stole her face”, on Twitter causing people to share photos of Archie and Meghan to back up their claims he takes after mum more than dad Harry.

A joke between Sussex Squad members is whether they are ‘Team Harry’ or ‘Team Meghan’ on who Archie resembles the most.

Many fans were then divided by their previous stance claiming they are ‘confused’ by their thoughts on who the toddler looks like.

But one wrote: “I’m team both. He’s a perfect little mix of both his lovely dad and his beautiful mum. The cutest little boy in the world.”

Another said: “Definitely a mini Meghan,” followed by heart emojis.

Although followers argued that he resembled both Harry and Meghan, with features from both parents.

They released a cute snap of their boy to mark his special day on their Archewell website, where he is standing with several balloons and his back is towards the camera.

Alongside the new picture, they issued a statement to fans urging them to donate to charities on his behalf.

“We will not be able to truly recover until everyone, everywhere, has equal access to the vaccine.

“And with that intention, we are inviting you to contribute whatever you can – if you have the means to do so – to bring vaccines to families in the world’s most vulnerable places.

Donations can be made here.

The two-year-old’s recent birthday comes just a day after the royal announced she will be releasing a book this summer.

Archie Harrison Mountbatten-Windsor was born in May 2019 and the first Father’s Day the Duke celebrated with his newborn inspired Meghan to write a poem.

She built on that poem to pen her first children’s book, The Bench, which is set to be published by Random House on June 8.

The duchess released the news of her venture earlier this week, explaining the relationship between her husband and her little boy inspired her as she wrote the book.

The story, which focuses on the bond between father and son, is told through a mother’s eyes.

Report Claimed Kim Guilfoyle, Who Led Trump’s Finance Team, Once Offered A Lap Dance To The Donor Who Gave The Campaign The Most Money