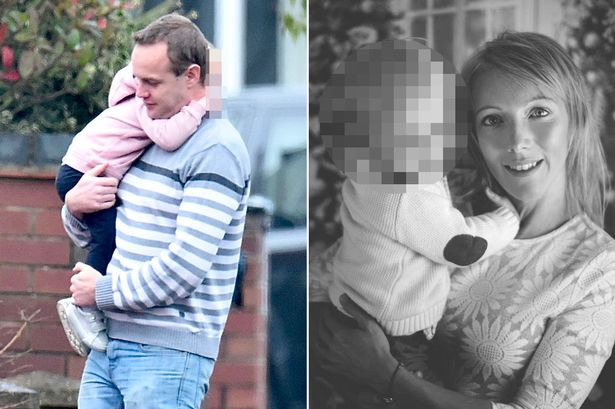 An evil Ryanair pilot whose abuse drove his fiancée to kill their son has been released from jail early.

Peter Chilvers was convicted of controlling or coercive behaviour at Manchester Crown Court in 2019 and given 18-months in jail.

That came a year after his Polish fiancée Magdalena Lesicka, 34, was jailed for 15 years for the manslaughter of their 23-month old son James on the grounds of diminished responsibility.

After suffering years of “relentless psychological torment” Magdalena finally snapped before slitting her own throat and trying to hang herself at their Cheshire home in August 2017, , writes the Mirror.

The jailed woman’s family is angry Chilvers, 34, has been released on licence to be with his new family. Magdalena’s mother Iwona said: “I can’t even call him human. Magdalena was completely dependent on him.”

Pictures show smug Chilvers Chilvers with one of the two children he now has with stewardess Lisa Spencer, who he was seeing behind his fiancée’s back.

When she faced court, the Crown accepted her defence that she killed James following a breakdown induced by the “deliberate, relentless and ultimately overwhelming psychological torment” inflicted by Chilvers.

The pilot made the flight attendant eat hairs he had plucked from his head, squeezed her nose as they kissed so she could not breathe and forced her into sexual acts against her will.

The court heard he had portrayed a “landscape of unending misery if she did not comply with his demands”. When she tried to leave their home in Wincham, Cheshire, near Manchester airport he repeatedly threatened to kill her if she took James with her.

Magdalena gave evidence at Chilver’s trial and submitted a victim impact statement at his sentencing in which she branded him a “controlling monster”.

She said: “It is important the public understand what his abuse did to me. It destroyed me. I tried to leave but he wouldn’t let me. I had no power. I am genuinely terrified he will do this to someone else.

The court heard when Chilvers first heard Magdalena was pregnant with James, he had demanded she have an abortion and said having a baby would “ruin his career and life”. In messages, he called Magdalena a “monster”, a “bitch” and a “selfish ****” for wanting to have the baby.

Judge Patrick Field said Chilvers had shown “no more than a hint” of remorse and had treated Magdalena as his “sexual property”.

When approached this week, Chilvers’ family did not comment. The pilot has told friends he wants the “truth to come out”.

The Ministry of Justice said: “Offenders released are subject to strict licence conditions – if they break these we don’t hesitate to return them to custody.”

A source said Chilvers was released last May under a “home detention curfew” which subjected him to electronic tagging and supervision.

Prince Harry, Meghan Markle struck down in epic blow: ‘These are seismic changes’