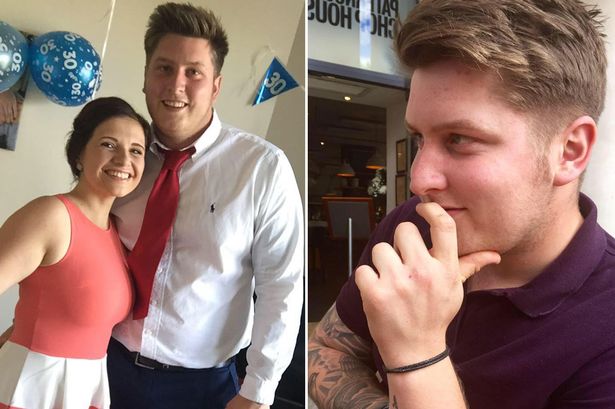 The family of Daniel Greaves has been left heartbroken after his body was discovered by daughter Ella.

They were booting up in preparation of a post-roast walk when the 29-year-old collapsed in a bedroom of their Banbury, Oxfordshire home.

After finding him on the floor Ella came downstairs and told her mum “daddy’s not getting up”, The Sun reports.

Paramedics arrived at the home but they were not able to resuscitate the carpenter.

When he was 19-years-old Daniel had suffered from a heart attack caused by a defect and had subsequently had stents fitted.

Prior to his death there was no indication that he was unwell, with best friend Garry Kingsnorth thinking he seemed “absolutely fine” when they met four days previously.

“His wife Hannah said they were having a lovely Christmas Day, they all opened their presents and he was right as rain,” Garry told The Sun.

He added: “It’s so sad, I know there’s no good day but Christmas Day is just awful.”

Garry’s wife Nicola praised Daniel, who had been a devoted dad to 15-year-old twins Lily and Riley – his wife Hannah’s children from a previous relationship.

“Dan was most proud of his family – he was open about it being his biggest achievement,” Nicola said.

“He took his role as a husband and father to all three children very seriously and all he ever wanted was for them to be safe and protected.

“He contributed to the family practically with his skills in renovating their home and with the most amount of love you could imagine.

“You could not meet a kinder, more gentle-hearted man than Dan.

“He was the epitome of a fantastic husband and father – loyal, kind and trustworthy.”

A fundraiser has been set up to support the family, who have lost their main breadwinner.

Hannah, a part-time shop worker who was furloughed during the pandemic, has been left to look after the three kids.

Since the GoFundMe page was set up on New Year’s Eve more than £36,000 has been raised for the family, to help them pay off their mortgage.

Garry said of his friend: “All he cared about was his family and he’d work the extra day at the weekend to provide for them.”