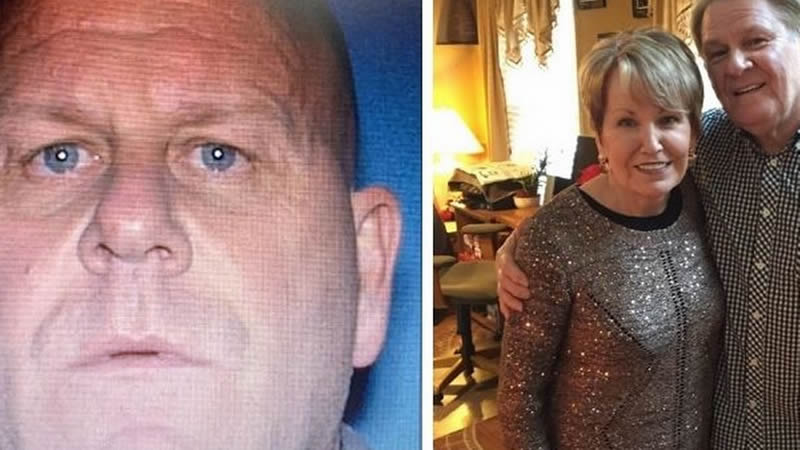 Success had come to Frank and Joyanne Warner through hard work and well-earned loyalty from their colleagues and customers. Even though they were just weeks away from retirement, they had never once taken that for granted.

The couple’s business, a barbers, was the heart of their community in New Jersey. Frank opened the Frank Anthony Salon in Chester
in 1970 with Joyanne by his side.

Together they built up a business that was recognised nationwide as one of the best salons in the country. They won awards for their management and, more importantly to Frank and Joyanne, they were loved by their colleagues and clients alike.

But the couple weren’t remotely self-absorbed. Whether it was through charity work or sharing their time with whoever needed it, Frank and Joyanne paid their achievements forward to help others.

Their social media showed Frank shaving his head for a cancer charity and helping out at the local church. They treated people with such kindness in the hope they would go on to do the same.

Frank and Joyanne, both 73, first met at high school when they were 15 and had been inseparable ever since. They’d been married 52 years and had a grown-up son and daughter, Todd and Jen. Everyone said they were made for each other and they were looking forward to slowing down and spending quality time together when the time came.

In October 2019, Frank and Joyanne were just two months away from retiring. The couple lived at an exclusive senior apartment complex at the Hawk Pointe development in Washington Township for residents aged 55 and over. It had a golf course, a close-knit community and it was a perfect place to live out their golden years. But they had a house guest who didn’t quite fit in.

Frank and Joyanne were trying to help their son Todd, 50, get his life back on track and had invited him to stay with them.

Todd had been a standout athlete back in high school. He’d been on the football and baseball team and looked like he had a bright future.

But with a failed marriage behind him, a gambling addiction and a drink problem, Todd had repeatedly fallen on hard times, bouncing between different jobs. His blind obsession with playing blackjack at casinos saw him losing thousands of dollars and being declared bankrupt.

Most people who knew Frank and Joyanne were surprised by how hostile Todd could be in comparison to his compassionate parents. There were rumours that he misused steroids and his drinking made his gambling reckless. Frank and Joyanne had paid for rehab
in the past and, of course, when Todd had nowhere to stay, they didn’t hesitate to let him live with them.

On 27 October 2019, Frank and Joyanne’s daughter Jen couldn’t get hold of her parents, which was very unusual. That evening she drove round with her husband to check on them.

As they looked through the window of the property, they were horrified. Frank was tied to a chair, with his head covered in a plastic bag and blood around his head and chest.

Distraught, the son-in-law called 911, while Jen sobbed hysterically. When the police arrived, they broke into the locked home through the back and found Joyanne’s body in the bedroom. She and Frank were both dead.

Near the bodies were two baseball bats – one wooden, one aluminium – and a kitchen knife. The couple had been violently beaten with the bats, suffocated with plastic bags and stabbed with the knife.

It was a brutal killing and, as police tape marked the crime scene, the neighbours were in a state of shock. Who would want to kill the couple who were the life and soul of the community?

Instead of being unable to come up with a suspect, Jen had one straight away – her brother Todd.

She said Todd had been writing worrying posts on social media and had been sending messages about harming his parents. What he’d
said was never revealed, but it was enough for the police to make him the prime suspect.

Joyanne’s car was also missing. It was a silver Kia Soul. Officers traced a signal from Todd’s mobile phone to Wind Creek Casino in Bethlehem, Pennsylvania, about 20 miles south-west of the Warners’ home.

CCTV showed that Todd had arrived there in the stolen Kia at 10am that morning, about eight hours before Frank and Joyanne’s bodies had been found. He had stayed there gambling until noon.

Investigations revealed Todd was using his dad’s credit card at the casino to get a cash advance of several thousand dollars so he could gamble.

Police were convinced Todd was heading to another casino, so they alerted other gambling establishments in the area and struck lucky.

At around 3pm on 28 October, Todd was spotted on a surveillance camera in the Parx Casino, Bensalem, about an hour from his first casino. He had arrived at around 8am that morning.

Officers moved fast. Just before 4pm, Todd was found playing at a blackjack table, gambling away his parents’ stolen money. He was pulled back from the table and immediately arrested. Blood stains were found on the car and on Todd’s clothes and shoes.

Police said that as Todd was taken into custody, he admitted that he had killed his parents. He said he had bludgeoned them to death with baseball bats. When one bat broke due to the force he was using, he continued with another. Then he attempted to suffocate them with plastic bags over their heads. Then he stabbed them multiple times with a kitchen knife.

While he didn’t admit a motive, it was clear that after killing his parents he had stolen from them to go gambling. That lack of remorse was unthinkable for Joyanne and Frank’s loved ones.

Todd was arrested and consequently extradited from Pennsylvania to New Jersey, where so many were mourning the death of the couple.

Todd was charged with two counts of first-degree murder, weapon charges and theft charges. In November 2019, he pleaded not guilty, but in March 2020 prosecutors started plea talks and by the September Todd was ready to admit what he’d done. Todd pleaded guilty to two counts of murder and one count of fraudulent use of a credit card.

That October, a year after slaying his parents, Todd was sentenced to serve a 36-year term for the first-degree murder charges and a consecutive five years for the credit card crime. The 41-year term would see him in prison until he was over the age of 90 with no chance of parole.

Todd never offered any explanation for why he’d turned on his mum and dad when they’d tried to help so many times. After spending more than five decades inseparable in life, Frank and Joyanne remained inseparable in death.

Their benevolent way of giving back will always be remembered, thanks to those who plan on continuing their legacy through a foundation set up in their name.

Fauci: Trump should urge his followers to get vaccinated