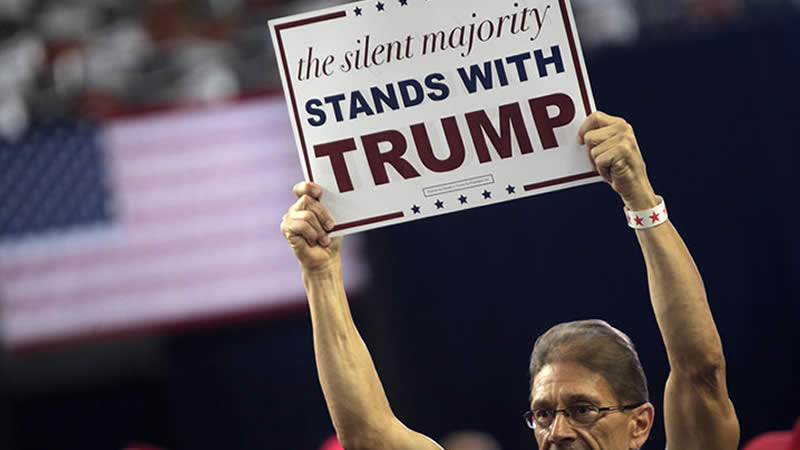 One of the reasons that some on the left have been so intent on calling President Donald Trump a racist and his supporters “white supremacists” is because they see how untrue that is, how Trump broadened the base with policies that appeal to all and they’ve been trying to throw a wrench into that.

Now, a new study is showing just how true that is and it’s going to give folks on the left fits.

No, Trump supporters are not just “angry white men” or whatever stereotype liberals like to throw out there.

According to newly released data from Catalist, the majority of President Donald Trump’s supporters in the 2020 election were women and people of color.

According to the data, Trump gained across all demographics, all racial and gender groups, except white men where he lost only a percentage point. The share of Trump voters who were women or people of color in 2020 was 57.2%, up from 54.8% in 2016, with a 7-point gain among nonwhite women, a 4-point gain with nonwhite men, a 1-point gain with white women. While Democrats still won the majority of the Hispanic vote, Trump got a big increase of eight points in the share that swung to him. In 2020, Trump pulled in 11% of the black vote, again an increase of 3% over 2016.

That’s what freaks Democrats out about Donald Trump — they see that broad appeal of Trump and Trump’s policies. They see that shift and that’s a bad sign for their power. That’s why they’ve been doing everything they can to lock up what power they can now — attempting legislative moves like H.R. 1., attacking election reform bills, and promoting things like court-packing.

It also means that people aren’t completely buying the Democrats’ “racist” attack mantra; that they are voting based on results and action that Trump delivered. Another positive for Trump and Republicans.

Come 2022, this is going to be contrasted against the incompetence and far-left moves by Joe Biden and the Democrats. Indeed, we’re already starting to see the rumblings as prices rise and things blow up under Biden.

But Democrats and Never Trump folks think they just need to push that narrative more, that these folks are somehow just ignorant.

No, it’s because first, that’s propaganda, and second, they actually are making a far more informed judgment than you are — they’re deciding on effective policy not media spin about tweets.