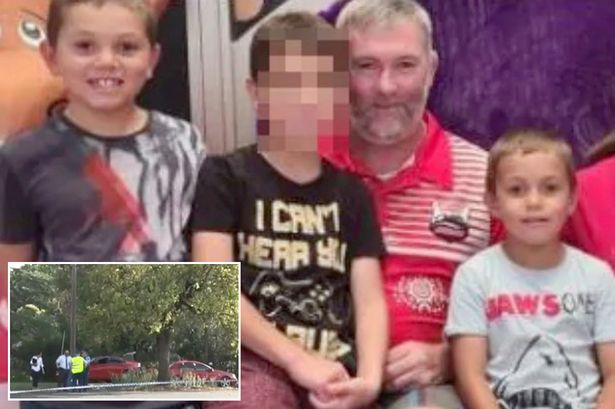 The poor family were going to visit their mum and grandparents for Christmas. Mother Shayleen Frail, 34, and a friend of the family were taken to hospital in critical conditions, according to DailyStar.

He said: “I only saw them the day before and they gave me big hugs and cuddles and said: ‘Dad, we love you, we’ll see you on the 17th’.

“Mark, my oldest boy, is nine and he’s OK but he’s scared. He’s in Orange Base Hospital so I’m on my way to pick him up.

“He doesn’t know that his brothers are dead, he just thinks they are in hospital like him, I don’t know how I’m going to tell him

“I can’t believe it mate. I’m so shattered. It is gut wrenching, it is heartbreaking, it is everything you ever imagine it would be.

“My kids should be burying me, I shouldn’t have to be burying them, they were my world.”

Donn now faces 14 charges, including dangerous driving occasioning death, possession of a prohibited drug, and two counts of failing to stop and assist after an accident.

Police sources told Daily Mail Australia that he was unlicensed, and witnesses claimed he had been doing burnouts and donuts on the road.