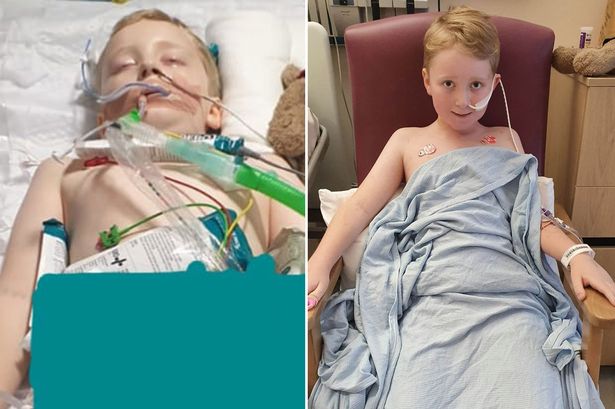 A story come from Scotland, A school boy suffering from Kawasaki-like disease that has also linked with Covid-19 after fighting with disease, his vital organs became inflamed.

Tommy and Tracey are a parent of 10 years old Jack Flair. Boy is suffering from Kawasaki-like disease and also admitted in Intense Care Unit. His parent has a feared that son contracting with corona virus. They Tracey immediately called NHS24 was advised to take Jack straight to St John’s Hospital, where he tested negative for coronavirus.

Tracey mother of boy stated to Daily Star: “Because it is so rare, doctors were unsure on how to deal with Jack.

“We were dealing with pretty much all the heads of the hospital, who ultimately saved his life. But even they were saying that this is a new disease.

“They had to get in touch with doctors who have treated patients with the disease to learn from their experiences and provide their own expertise for future cases.

“Even though it is rare just now because of Covid, and obviously people are getting sicker with the virus, it could happen to more and more children.”

PIMS-TS is an inflammatory syndrome that can cause a fever, inflammation and organ dysfunction.

After fifth day, Jack Flair condition began to improved and shift to another ward. The boy is now at home, he is weak but sooner he will be going to health and fit

Tracey said: “He’s started heading back to school for a couple of hours to see his pals every now and again, but he can’t use the stairs or do gym classes at the minute.

“We’re trying to give him a wee bit of normality, but if it’s too tiring for him then we’ll need to look at it again. But the cardiologist says that he’s making really good progress so far.

“Because his condition is Covid-related neither us nor the experts really know what the future holds for Jack.

“We just need to hope that he will get back to being his normal self.”

Tom Cruise & Kate Winslet Are Going On Secret Dates? Here’s What’s Up With These Two!