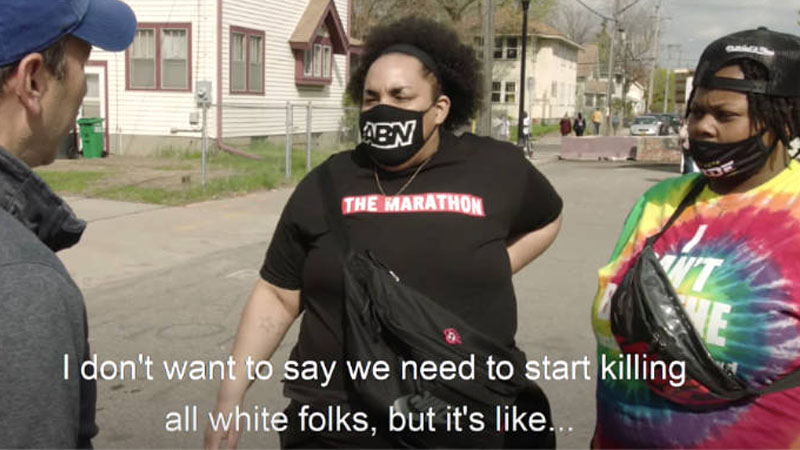 In a shocking collection of interviews from the George Floyd memorial in Minneapolis, far-left extremists admitted to wanting another civil war and implied that white people need to be killed.

Gonzo journalist and filmmaker Ami Horowitz interviewed several people who were attending the memorial to get their take on things like… burning the city down and using violence against white people. Their responses will surprise no one.

Interview of the Black Lives Matter (BLM) protestors was taken before the guilty verdict was reached in the Derek Chauvin trial.

At the protest, there were two girls who claimed that killing white people in a civil war context would be justifiable because “maybe the need to feel the pain that we’ve been feeling for years.”

Everyone Ami interviewed yesterday said they agreed with burning down the city, even if they didn’t themselves want to participate.

Several also wanted to do away with due process and the court system entirely, saying there didn’t need to be a trial and that Chauvin just needed to be convicted as is. Some even believed that street justice would have been appropriate for Chauvin.

Watch the video for more…