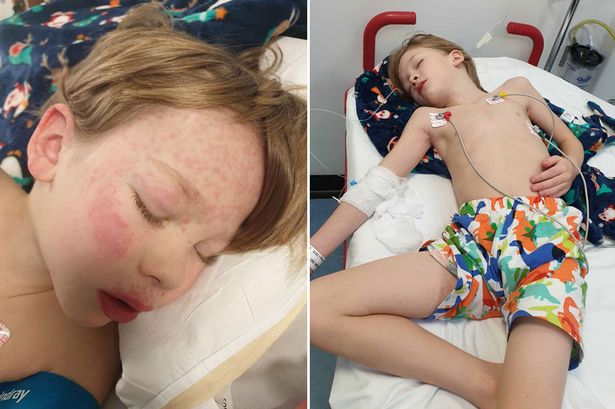 Coronavirus has been destroying everyone since the beginning. People are terrorized by the Virus. Its attacks the people without knowing about their ages. While the death rate from Covid-19 remains comparatively low, in the UK hovering around 2.8% of cases, numerous survivors are still facing the lingering symptoms known collectively as “Long Covid.”

7 years old Bradford resident Logon Walsh, thankfully recover from the Covid but is now struggling with a particularly strange side effect. He’s suffering from memory loss.

According to a specialist at Leeds General Infirmary, The condition can cause organ failure, insufficient blood flow, as well as other severe medical issues, meaning children need to be admitted to ICU.

Logan’s mum, Jessica Walsh, 47 said: “Now with his memory, he forgets some things which can be frustrating for him.

“He has no memory of the nine worst days when he was poorly, which we decided is probably a good thing. “There was one particular day when I really thought we might lose him.

“But his memory, in general, is not brilliant as he remembered Christmas morning for a few days but has no recollection of it now.

“We can remind him with bits and bobs,” she said, “so we are really hoping that his memory improves, especially as he’s starting a bit of schoolwork again.”

Jessica added that Logan is doing really well, however, and is getting back to normal.

“He is doing really well despite this, and we like to think he is almost back to his normal self.”

“He does still struggles with the stairs a little,” says Jessica, “he needs to hold onto something or use his hands on the floor but he’s definitely improving.

“He just started trying to jump again and has managed a couple of inch off the ground which, bless him, he’s so happy about!

“As a family, we even managed a little wander around Haworth to see how he went on and he did really well, managing an hour before we headed back to the car, getting him a little drink too.”