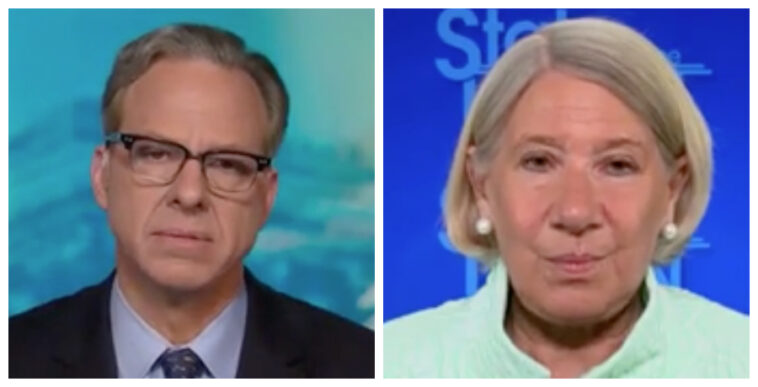 Do you remember when the left-wing media commentariat and so-called journalists were so anticipatory of Joe Biden taking office because he and his administration were going to be models of honesty, truthfulness, and transparency?

Yes, well, so much for that.

But what should we have expected? Before the regime took office Biden wouldn’t say whether he planned to pack the U.S. Supreme Court, refused to discuss big ideas like making D.C. a state, and kept doubling down on the lie that the COVID-19 pandemic was somehow Donald Trump’s fault.

And since taking office, we haven’t been able to get anyone in the White House to call the border crisis a ‘crisis,’ and the regime continues to move the goalposts on COVID ‘science.’

The denialism continued on Sunday during a segment with one of CNN’s foremost propaganda pimps, Jake Tapper. In an interview with White House adviser Anita Dunn, Tapper — to his credit — attempted to get her to tell the public why Biden is undermining public confidence in the coronavirus vaccines by continuing to wear a mask, even outdoors, which the Centers for Disease Control and Prevention has said is unnecessary — and though Biden has already been vaccinated.

But no. Even The Tapper couldn’t get a straight answer.

“Should the president start following these guidelines and stop wearing a mask outdoors, stop wearing a mask indoors when with small groups of other vaccinated Americans, to show the American people there is a benefit to getting the vaccine, you can take the mask off?” Tapper asked, going on to reference something that former health commissioner of Baltimore, Dr. Leana Wen told the network on Friday.

“I think over-caution also has a price and that masks somehow become a performative act rather than a life-saving act when it’s really needed, and also, it’s really underselling the power of the vaccine,” Wen said.

No, he doesn’t; if he did, he wouldn’t be wearing a mask outdoors or around other vaccinated people.

“We do take some extra precautions for him because he is the president of the United States,” she said. “But I would say that people should follow the CDC guidelines and they should take advantage of getting the vaccine, getting fully vaccinated, and taking that mask off, particularly as the weather grows so beautiful and we all want to be outside.”

“As we move forward, I think that you will see more and more people enjoying that freedom, getting the vaccine, and realizing it’s one big step towards normalcy in this country,” she added.

My, my, they do push that vaccine, don’t they? But what’s the point? Dunn refused to answer that.

Last month, Sen. Rand Paul attempted to get the country’s ‘top immunologist’ to pretty much answer that dichotomy: If the vaccines are effective, what’s up with the mask?

He explained in an interview with Fox News.

“You see what his argument is. His argument is what if, what if these people can spread it? And my response is… show me the evidence. Show me the proof, you know, show me that people are transmitting this who have gotten vaccinated and there is no proof of that. In fact, the vaccine is doing very well,” Paul, himself a physician, said.

Find Out the Net Worth Of All the Kardashian-Jenners