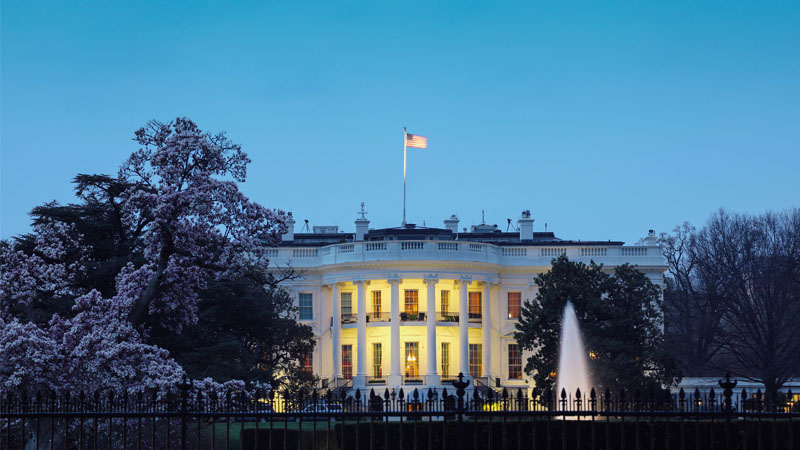 Remember when we warned that Joe Biden was a Trojan Horse for Kamala Harris?

Remember all the warnings that Biden was really just a placeholder?

It appears that the Deep State is preparing to make the situation happen… soon.

A new leaked email from a government agency reveals that they are no longer allowed to refer to it as a the “Biden White House.”

Now, the only acceptable phrase is “Biden-Harris White House.”

But… it now appears that the government is trying to get us all used to seeing Harris’ name next to “White House.”

More details on the contents of the leaked email below:

This new phrase is being mandated shortly after it was revealed that Kamala Harris has been taking phone calls from foreign leaders… WITHOUT Joe Biden.

Isn’t Biden our current Commander in Chief? Not Harris?

So why isn’t he on those phone calls himself?

A newly leaked email shows that the Democrats may be getting ready to shed Joe Biden in favor of Kamala Harris. Instead of calling it the Biden White House, the email says to call it the Biden/Harris White House.

This seems rather curious to me since never has a White House wanted a VP to overshadow or even share equal billing with the president. It makes me wonder if they are trying to elevate Harris to lessen the shock when she takes over the Oval Office.

The mandatory directive, the leak from Outspoken reveals that the email was sent by a high-ranking communications team member.

The email was meant to elevate Harris’ role and possibly grease the skids under Joe Biden. They could decide to wait a while and let Joe take all the blame for his crappy plans, leaving Harris unscathed.

This is something that many of us speculated on before the election because it was obvious that Biden is not all there.

Kamala has been the one talking with all of the foreign leaders, not Biden. All of the signs point to Harris being the anointed one. The problem is, there is no way she can be reelected even if she does take over for Biden. That might be why the Democrats are trying to ram everything through now that they can. They could be anticipating the red waves in 2022 and 2024, so they want to pass as much as they can in two years.

From The Gateway Pundit

Kamala Harris has been taking calls with foreign leaders, which is highly unusual for a vice president. Most recently, Harris took a call with the Prime Minister of Norway, Erna Solberg, without Biden present. She has also taken calls with French President Emanuel Macron and Canadian Prime Minister Justin Trudeau as well as Israeli Prime Minister Benjamin Netanyahu.

Some leaders see Harris’s interference in world affairs as unsettling. “World leaders expect to hear from the President of the United States, not the Vice President,” former Ambassador to Germany and former Acting Director of National Intelligence Richard Grenell said to Outspoken. “There are certainly times when the Vice President has to step in but not for the introductory call.”

“The fact that the White House is instructing federal agencies to replace ‘Biden’ with ‘Biden-Harris’ after less than 60 days is indicative of the struggle Joe Biden is already having being President,” Grenell said. “This is a signal that he can’t do the job alone.”

If this doesn’t scare you, it should.

We know that Biden appears to be frail.

But could a transition to Kamala Harris be coming sooner than we all expected?

The media bears blame for this.

They were complicit for covering up Joe’s obvious weakness and frailty.

What do you think?

Is the Deep State trying to prepare the public for an eventual Harris administration?

Or is this simply a coincidence?

Are we looking to deeply into the wording and phrasing?

Or is there something there to actually dissect.

Here’s why Dr. Fauci thinks the US may have a new COVID-19 case surge

I Am Not Ready to Reenter White Society