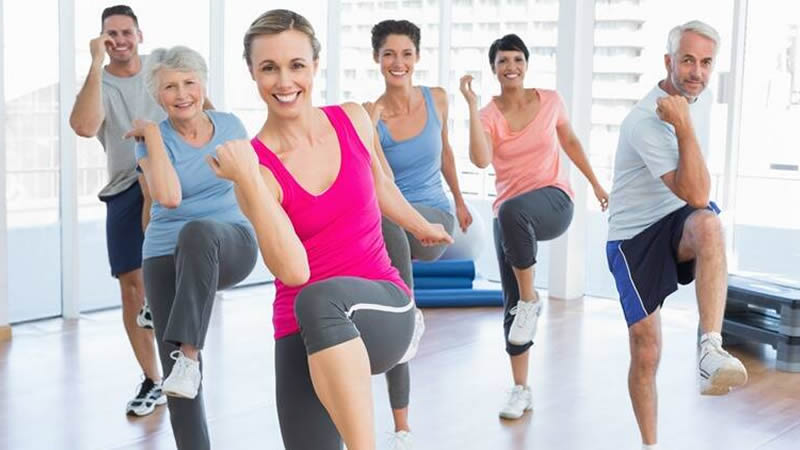 Neuroscientists have long known that aerobic exercises, like walking, swimming, running, or biking, are largely beneficial for brain health.

In a new study from Colorado State University, researchers found that regions of the brain most vulnerable to aging were also the regions that benefitted most from aerobic exercise.

They found that white matter, which connects and carries signals between neurons, can also change for the better in response to aerobic exercise, giving a boost to participants’ memory recall.

This suggests that regular aerobic exercise is an effective strategy to reduce the risk of cognitive decline in a world where the incidence of dementia is expected to double every 20 years as the population ages.

White matter is commonly regarded as a passive brain tissue that takes a backseat to its active, gray matter counterpart, where powerful neurons live.

If neurons are the brain cells that generate signals and electrical impulses, then axons in white matter are the wiring that transmits those signals between neurons.

A reduction in axon fibers is associated with age-related deficits in brain function; thus, interventions to prevent white matter aging are also important to the prevention of Alzheimer’s disease and other dementias.

In the study, the team gathered a sample of 180 older adults who were healthy, but admittedly inactive.

Participants were then separated into groups that met three times per week over the course of six months. One group walked for about 40 minutes at each session.

Another group took a dance class that got progressively harder over the course of six months.

And the final group, which acted as a control for the study, was limited to balance and stretch exercises that purposely aimed to keep their heart rates low.

The team found that participants in the walking and dance groups had an increase in their white matter after six months of aerobic exercise.

In other words, physical activity positively affected the brain’s white matter, but especially in regions most vulnerable to aging, which confer important cognitive abilities, such as memory and executive function.

Further, the walking group experienced the added benefit of improved episodic memory after the intervention and were more able to recall memories from their lifetimes.

The findings suggest activities that really raise the heart rate might be better equipped to combat certain side effects of brain aging.

They support public health recommendations for regular moderate-to-vigorous physical activity, specifically 150 minutes of physical activity per week, according to the American Heart Association and other health organizations.

If you care about exercise and your health, please read studies about these six exercises could prevent weight gain despite ‘obesity genes’ and findings of this exercise could reduce belly fat in senior men.

For more information about exercise and wellness, please see recent studies about exercise may reduce artery stiffening in heart failure and results showing that these two exercises may help protect your muscles.

The study is published in NeuroImage. One author of the study is Assistant Professor Aga Burzynska.

How to Train your Brain on the Treadmill