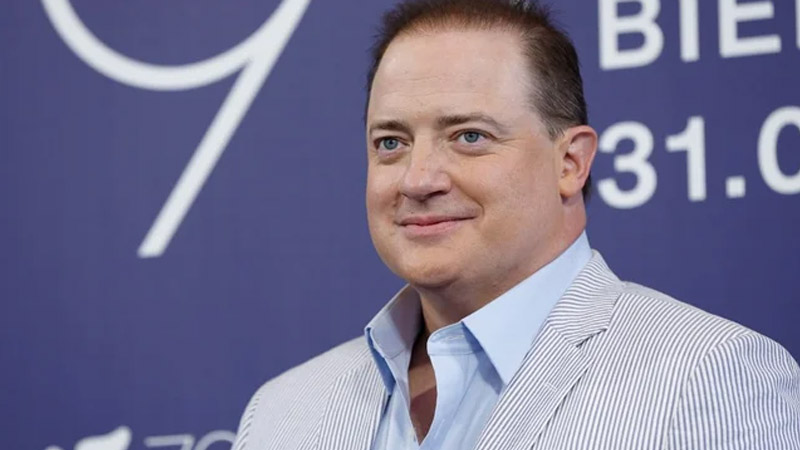 This year’s festival has already seen the premieres of Steven Spielberg’s “The Fabelmans” and “Glass Onion: A Knives Out Mystery,” and the reception was one of the best yet. Fraser acts as Charlie, a man suffering from severe obesity who struggles to reconnect with his 17-year-old daughter in “The Whale.” Fraser told the TIFF audience that he hopes the film will inspire more compassion in those who see it.

“You need to be an incredibly strong individual to be that man,” Fraser said. “Because at the end of the day, I could take the apparatus off and, while I felt dizziness, something about that stayed with me… I learned that when you just invest everything you can and give it what you’ve got as if it’s the first and last time you ever will, something important can come of that. And I think that with your help we might be able to change some hearts and minds.”

TIFF was set to be a big festival for Fraser even before “The Whale” screened to huge acclaim. The actor is receiving the TIFF Tribute Award for Performance at the 2022 festival, with TIFF CEO Cameron Bailey saying, “Brendan Fraser gives a performance of staggering depth, power, and nuance in ‘The Whale.’ This former Torontonian has been an action star, a screen comic, and a romantic lead. We’re thrilled to welcome him home as the actor behind one of the finest performances of the year.”

Hong Chau and Samantha Morton complete the supporting cast. The film is based on Hunter’s play of the same name, which he adapted into Aronofsky’s feature. The director worked on the film for a decade, but he couldn’t find the right actor to play Charlie.

“It’s such a demanding role emotionally and technically, and I considered pretty much every single actor on the planet and nothing clicked,” Aronofsky said. That changed after he saw a trailer for a low-budget film that Fraser appeared in, a chance encounter that sparked something profound in the filmmaker.

“From that moment on I knew we had found Charlie, and I never doubted him for a second,” he added.

Fraser, a major star in the 1990s and early 2000s, had recently left the studio system. “The Whale” could revitalize his career in the same way that another Aronofsky film, 2008’s “The Wrestler,” did for Mickey Rourke. Aronofsky was asked about the similarities.

“Actors that are hungry is a super important thing because these roles are really difficult,” he said. “You just have to find the actor at the right time in their career who is ready to work hard.”

In his review of “The Whale” out of Venice, Variety chief film critic Owen Gleiberman called Fraser “slyer, subtler, more haunting than he has ever been,” adding that he gives an “intensely lived-in and touching performance.”