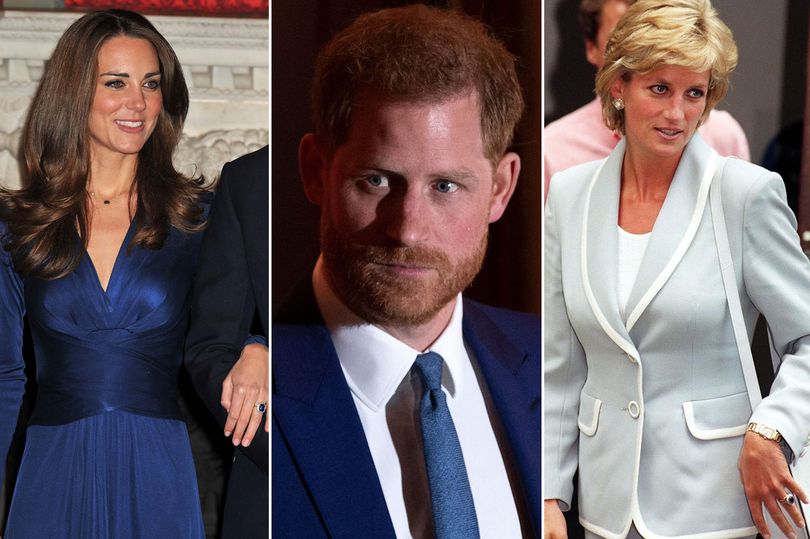 A new royal documentary has revealed Prince Harry “selflessly” gave up his mum Princess Diana ‘s iconic sapphire engagement ring so his brother Prince William could give it to his fiancee Kate Middleton.

After the Princess of Wales died in a car crash in Paris in 1997, Prince Charles allowed his sons to select pieces from her jewellery collection to keep.

In Amazon Prime show The Diana Story, the princess’ former butler Paul Burrell explained that shortly before William proposed to his now-wife Kate in 2010, Harry, 36, offered his brother the chance to give his bride-to-be their mother’s ring.

In the documentary, Paul says: “Harry said to him [Wiliam]: ‘Wouldn’t it be fitting if she had mummy’s ring?”

Paul added of Harry’s “selfless” act of kindness: “Then one day that ring will be sat on the throne of England. Harry gave up his precious treasure.

“His one thing he kept from his mother, he gave to his brother. That’s selfless, kind and exactly who Diana was.”

The ring features a 12-carat oval blue sapphire and surrounded by fourteen solitaire diamonds and is set in 18K white gold.

It’s believed Diana picked it herself after being presented with a selection to choose from by her fiancee Prince Charles.

Harry’s sweet gesture meant he was unable to present the precious ring to his own fiancee Meghan Markle when he popped the question back in 2017.

However, the prince made sure Meghan, 39, still had a piece from Diana’s collection – designing her engagement ring himself using two diamonds which previously belonged to his mum alongside a central stone from Botswana, where the pair went on holiday.

Speaking after the engagement, Meghan applauded Harry for his “thoughtfulness” and said it ensured his mum would always be a part of their story.

She said: “Everything about Harry’s thoughtfulness and the inclusion of Princess Diana’s stones and obviously not being able to meet his mum.

“It’s so important to me to know that she’s a part of this with us.”

Julia Roberts Marriage on the Rocks?