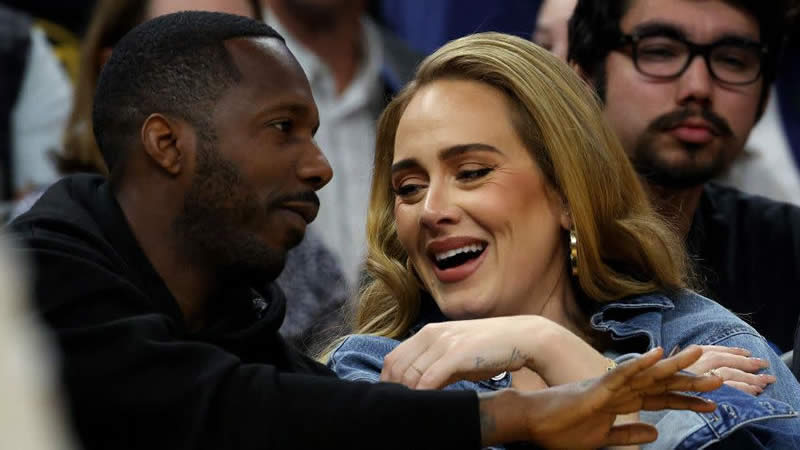 Adele gave a rare glimpse into her private life by saying that she has “never been in love like this” and is “obsessed” with her American sports agent boyfriend Rich Paul.”

In September 2021, the singer, who has a son named Angelo with her ex-husband Simon Konecki, revealed her relationship with Paul.

She also appears on global Elle covers around the world. She is the cover star of the October 2022 issues of Elle UK and Elle US, with the cover photo showing her posing in a white coat.

She said of Paul: “I’ve never been in love like this. I’m obsessed with him.”

Adele, who headlined the Glasonbury festival in 2016, announced her split from charity boss Konecki in April 2019.

After settling their divorce in March 2021, the former couple divided custody of their son.

The 34-year-old pop artist, who now calls Los Angeles home, stated that she does not intend to be married to Paul but did state that she does want to get married again.

She continued by saying that while she does want to have more kids, her current attention is on her impending residency in Las Vegas.

She announced the new dates for the postponed Las Vegas performances in July, indicating they will occur from November through March.

As per Newschainonline, she was scheduled to perform a series of shows at Caesars Palace from January to April of this year, but they were scrapped at short notice.

She said: “I definitely want more kids. I’m a homemaker and I’m a matriarch, and a stable life helps me with my music. But right now, all I got in my brain is Vegas.”

The Easy on Me singer said of her upcoming Las Vegas residency: “I want to tell the story of the beginning of my career to now.

“I’m not gonna give too much away about it, but the show grows. It’s all about the music, and it’s really, really nostalgic.

“It’s gonna be really beautiful… I haven’t got any bullet points, obviously, when I talk. That’s why my shows are so erratic. One time I gave, like, an hour speech about an aquarium!”

Adele returned to the public eye in 2021 with the release of her fourth album, 30, which was preceded by a TV special called An Audience with Adele that was taped at the London Palladium.

It came after her two-hour interview with American talk show host Oprah Winfrey, which aired the week prior on the American network CBS.

The October issue of Elle UK is on sale from September 1.