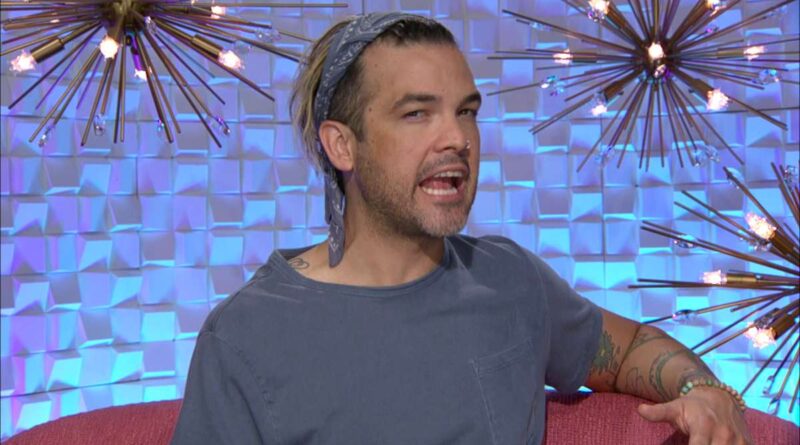 Ready to reflect? Daniel Durston has some things to answer for after being sent out of the Big Brother house on Thursday, August 11. The Leftovers alliance, which was initially formed to unite against the bashing of houseguest Taylor Hale, clearly had the 35-year-old Elvis impersonator as a target this week. Daniel himself had been at the forefront of many of those situations, which he is just seemingly learning now that he’s outside the game.

“Those all sound terrible,” he exclusively tells Us Weekly the morning after his eviction when asked about specific comments he made about the pageant queen. “And I understand why people would be upset. Any little reason I may have for it is not justified or validated. So watching it back is huge for me, literally taking notes and looking forward to speaking with Taylor is my priority. And if I offended anyone on the outside world, I will approach that as well.”

Daniel told host Julie Chen Moonves that he was targeting Taylor for alleged lies that she made up about Paloma Aguilar when in reality, his allegiance to Paloma was one-sided as the self-evictee wanted to target Daniel for being a “poor sport” and “problematic.”

“Most of this is news to me,” he tells Us. “But it was week one before Paloma’s spiral. We had only known each other for six days. Obviously, a day in there is a week. So you feel like you know these people very well by day four? It’s all game. And I respect all that. Even whatever Paloma said about me, I’ll respect it. It’s unfortunate that I was lied to by literally everyone, but Nicole wanted Taylor out, so everyone had something to say about her.”

As per Us magazine, regarding his misguided blowup on Taylor in the bathroom, the Vegas performer wishes he had handled it differently by calling a house meeting.

“Let’s talk this out so that I could figure it out,’ you know?” he says. “And hopefully the house could understand, and Nicole [Layog] can understand what really happened ‘cause maybe she heard it differently as well. Nicole was my No. 1. So I trusted anything she said to me and that’s where I went wrong.”

So why didn’t he just talk to Taylor and clear the air? “Ultimately because when I give my loyalty to someone, I trust them 100 percent,” Daniel tells Us. “That is my flaw. Maybe in real life as well. So, hearing from certain people that I trusted, I believed it. I didn’t even go about the route to speak with her because I felt like it would get worse for me. Like I might say something worse or do whatever, you know? And so I wanted to keep that space to remain as healthy as possible.

The house puts a lot of pressure on you and your emotions run through the roof. So, me stepping back, which necessarily isn’t the best thing to do, I thought it was best for me at the moment. And I wanted to work with Taylor in the first week until everyone got in my ear about it. And of course, the Paloma situation happened from there and ultimately Taylor and I, at least in the house, didn’t really connect on a personal level or a game level. So it was hard to want to have these sit-downs, you know? Although now looking back, those are important.”

To sum up his experience, Daniel says, “I’m an emotional person. I didn’t know that would come through in the game. I thought I would be strong enough to remove it and play strictly game and strategic. Obviously, that’s not the case and hopefully, I can learn a lot from it. And I look forward to watching back even the live feed clips and anything like that, just to learn about myself and grow from it.”

Big Brother airs on CBS Wednesdays and Sundays at 8 p.m. ET and Thursdays at 9 p.m. ET.

Adele is ‘Obsessed’ with Her Boyfriend Rich Paul, Says She’s Never Been in Love Like This

Tarek El Moussa Gushes Over His Pregnant Wife Heather In Sweet Post: ‘In Awe Of How Amazing She Has Been Doing’