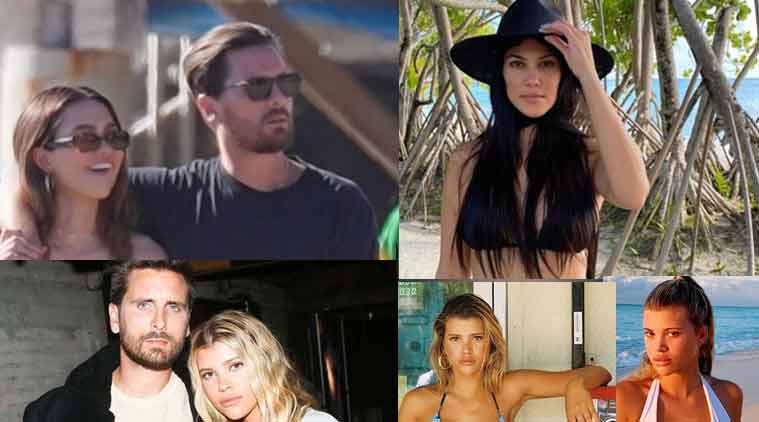 Scott Disick seems to be in hot water after his cozy beach date with new girlfriend Amelia Hamlin as his exes  Kourtney Kardashian and Sofia Richie teased him by showing off their killer curves in new posts.

The 41-year-old  reality star looked smashing as she posed in bikini after she ‘rolls her eyes’ at Scott Disick’s romance with a 19-year-old model.

Kourtney turned up the heat as she was spotted soaking sun near the pool-side in her brand new  Instagram post.

She apparently did not respond to the current drama as her ex was seen getting cozy with new model at a beach. But, now her latest post happens to be a message to him that what he is missing.

On the other hand, Sofia Richie, who recently unfollowed Amelia Hamlin after her cozy beach date with Scott Disick, has shared her brand new pics on her Instagram.

The 22-year-old model,  who split with Scott Disick in May, appeared to put it all on display for everyone except her ex-beau Scott Disick and his new girlfriend Amelia Hamlin.

The reality star’s ex-girlfriend looked stunning in bikini and an animal-printed bucket hat, posed on the edge of the boat, which the charming model and her group drove.

The recent posts of her exes Kourtney Kardashian and Sofia Richie apparently teased Scott Disick who is no more with them after his budding romance with Amelia Hamlin.

How to Have Beautiful Skin In Winter?