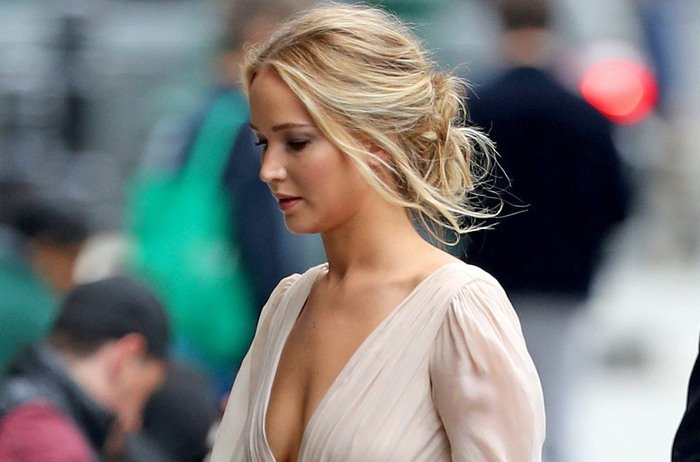 Hollywood actress Jennifer Lawrence has recently suffered an unprecedented injury on the set of her upcoming Netflix film Don’t Look Up, which also stars Leonardo DiCaprio. A source who was present during the time spoke to New York Post and revealed that the Oscar-winning actress was busy shooting when the glass exploded on the set and struck her in the face.

Explaining further, the insider said: “An explosion was set up for a stunt in which glass shatters. “It was a stunt in which the glass was supposed to shatter – but it injured her.” Jennifer, who recently got married, suffered some major injuries on her face but thankfully escaped the glass which came perilously close to hitting her in the eye.

Despite this setback, and Lawrence being shaken-up by the incident, she’s fine and is expected to be filming soon. For the unversed, the award-winning actress is set to alongside Leonardo DiCaprio in the Netflix movie, and the political satire is expected to be released later this year.

If you didn’t know, the last few months have been stressful for the actress, back in December her family barn in Kentucky burnt down. The 30-year-old actress’ brother Blaine revealed on Camp Hi-Ho’s Facebook that the barn had burnt down. The barn was the base of a summer camp in Kentucky that has been going on for several years.

“It is with the heaviest of hearts that we confirm the news that we lost our barn last night in a horrible fire. We are deeply thankful that no people or animals were hurt, but we are still mourning the loss of years of hard work and memories that occurred in these walls,” the statement from the Lawrence family read.