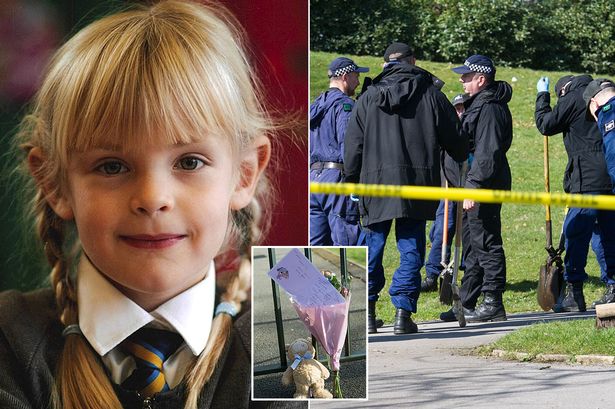 A seven-year-old girl was on her scooter in a park when a stranger slit her throat with a craft knife resulting in her death, a murder trial has heard.

Emily Jones was just yards ahead of her dad in Queen’s Park, Bolton, and was calling out to her mum jogging in the distance when Eltiona Skana lept up from a bench, armed with a blade, jurors heard.

Michael Brady QC, opening the case for the prosecution, said: “Also in the park was Eltiona Skana.

“She was alone on a bench armed with a craft knife, which she had taken from a pack of three that she had bought earlier that day from a shop in Bolton town centre.

“Emily, oblivious of the defendant, had seen her mother running in the distance and was scooting towards her, some yards ahead of her father.

“As she scooted along, she was heard to call out to her mother who was unable to hear her because of the distance between them and the fact that Ms Barnes had her headphones on.

“Emily’s path towards her mum took her past the defendant who, as Emily scooted by, grabbed her and in one movement slit her throat with the craft knife and then threw her to the ground.

“There had been no interaction between Emily and the defendant.

“The wound was unsurvivable and Emily died shortly thereafter.

“Having pushed Emily to the ground, the defendant ran away.”

Skana, 30, originally from Albania, is appearing at the hearing by video link from Rampton Hospital in Nottinghamshire.

She has pleaded guilty to manslaughter on March 22, on the grounds of diminished responsibility, a partial defence to murder.

Mr Brady said although it is accepted the defendant does have, and has had, mental health difficulties for a number of years, it is for the jury to decide whether this is a case of murder rather than manslaughter.