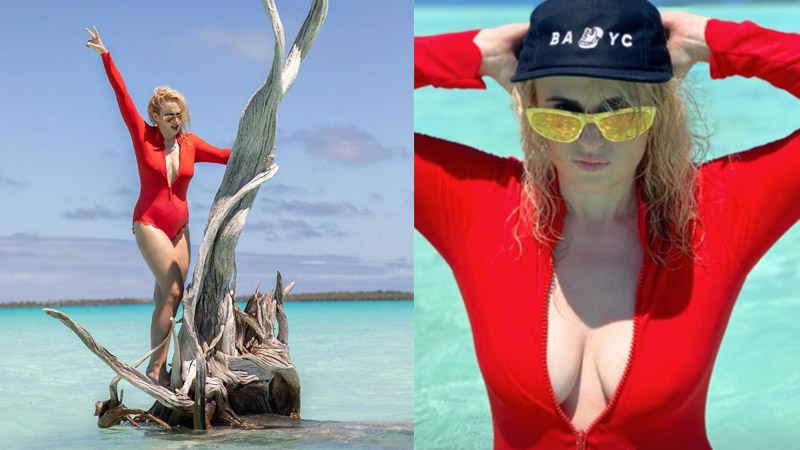 Rebel Wilson is reminding her followers that it’s “never too late” to make a difference. The actress feels like a new person after totally changing her food and exercise habits and dropping more than 60 pounds in the past year. Wilson posted a photo in a swimsuit on Instagram, encouraging others who may want to make similar changes in their life.

“It’s never too late to improve yourself — to improve your health, your heart, your happiness, your harmony,” she wrote. “For everyone out there just trying to be a Lil bit better this week: go for it! Every bit counts. Every effort is worth it.

You’re worth it,” she continued. As per PEOPLE, Wilson had declared 2020 her “year of health,” with the aim of losing approximately 165 pounds. She kept it up until 2021, and she recently reflected on how far she’s come. Wilson posted a picture she discovered from her “unhealthiest” period, the months after her father’s death, when she was “using food to numb [her] emotions.”

However, Wilson said that she can “look back now at that girl” and be “so proud of what she’s become and achieved.” Prior to beginning her weight reduction journey, the actress of the forthcoming film Senior Night told PEOPLE that she “was probably eating 3,000 calories most days.” She learned to decrease her carb consumption and increase her protein intake while maintaining an “overall balance” and allowing for the occasional In-N-Out burger.

Wilson’s healthier attitude paid off, as she claims she hasn’t “gained any weight back” for the first time in her life. “I think because I approached it from all areas … the biggest thing that I haven’t ever worked on was the emotional side, what I suffered from, I guess, as classical emotional eating … so I really worked on that side,” she said.