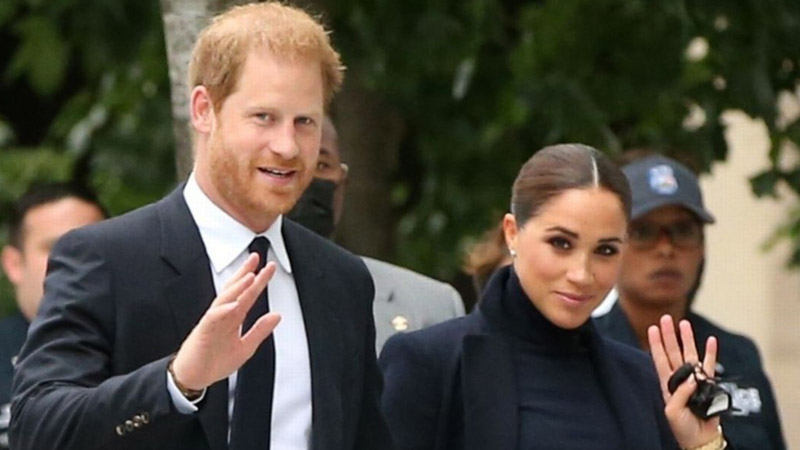 Meghan Markle and Prince Harry can’t seem to get enough of their newborn Lilibet Diana and their 2-year old son Archie! The Sussexes gave a rare update to their fans about their endearing daughter who is just 3-months old. During their NYC visit, Markle called the baby ‘beautiful’ when she was asked about how the baby is doing.

For the unversed, the Duke and the Duchess of Sussex recently visited New York City to carry out a couple of engagements, and this marked the first public engagement of the Duchess since the birth of Lilibet in June 2021.

The couple visited One World Trade Centre to pay tribute to the 9/11 victims, interacted with students at a school in Harlem where Markle also read her own children’s book ‘The Bench’, and Harry and Meghan then took to sharing their take on vaccine equity on Global Citizen Live concert in New York City.

During their visit to the One World Trade Centre, the Duke and the Duchess of Sussex were asked questions about their kids, one of them being about their adorable newborn daughter Lilibet Diana. “She’s beautiful,” Meghan gushed. Previously, Prince Harry had called their daughter ‘very chilled’ during one of his statements about her. “She … seems happy to just sit there while [our son], Archie, is running around like crazy,” he had opened up to Ed Sheeran, adding that raising two kids has “definitely” been “a juggle.”

During their New York City visit, Prince Harry’s briefcase left everyone calling him a doting father, as the Duke put his name as “Archie’s papa,” in his work briefcase. Fans took to social media platforms to gush over Harry’s endearing tribute to his beloved son, Archie.