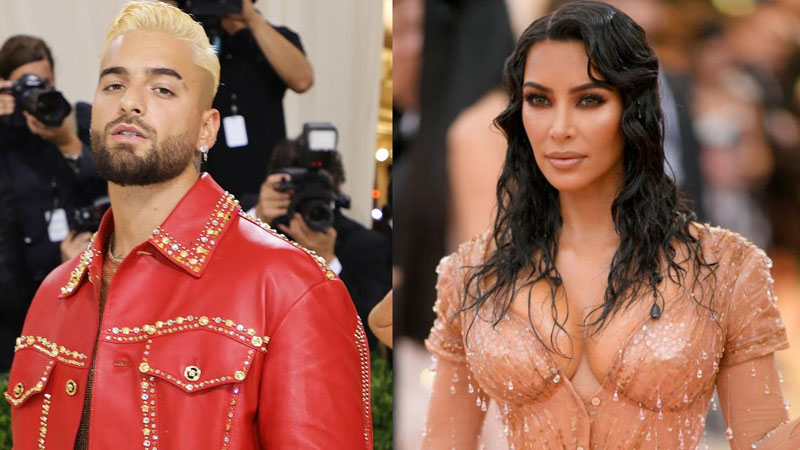 After Kim Kardashian officially filed for divorce from Kanye West, earlier this year, she was instantly hit with dating rumors. From Van Jones to Maluma, anyone who the Keeping Up With The Kardashians star came in contact with became a potential love interest. In Maluma’s case, the Grammy-nominated artist confessed his confusion over said speculations in an interview with L’Officiel Hommes.

When quizzed where did the rumor that he was dating Kim Kardashian come from, the Sobrio singer admitted, “I don’t even know! Right? We were together at the Dior show. I met her for the first time there. I was also there with Kourtney. People just started talking about it.” Moreover, the 27-year-old musician theorized about where the romance speculations stemmed from as he added, “I don’t know why they started asking her that. Maybe because she was getting her divorce and everything, you know?”

“But no, we are good friends. We don’t talk that often, but yeah, we are good friends and we always wish the best for each other,” Maluma concluded, updating everyone on his and the 40-year-old reality star’s actual, current relationship status. For the unversed, Maluma, Kim, and Kourtney had attended the Dior Men’s Fall 2020, Runway Show, in Miami, Florida, in December 2019.

In June, during Keeping Up With The Kardashians: The Final Curtain, the two-part reunion special for the cult reality show, Kim had also addressed the Maluma dating rumors. “I’ve seen him a few times always in Miami, such a nice guy. So nice,” Kardashian shared, staunchly denying the romance speculations.