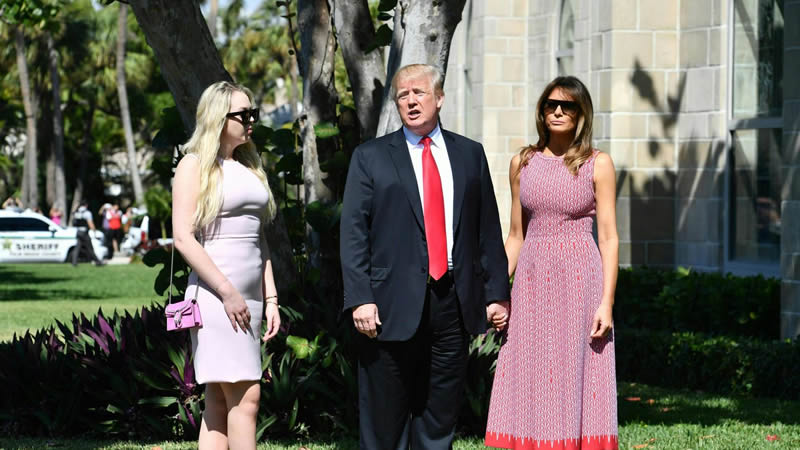 Melania Trump “does what she wants” in her relationship with husband Donald, it has been claimed.

The former First Lady is said to have the entire marriage set-up “down to a science”.

The claims were made after former US President Trump was seen boarding a flight from Florida on Sunday without her.

He will reportedly spend the summer at his golf club in Bedminster, New Jersey.

But his wife and son Barron, 15, were not seen getting on the plane.

However, they had been spotted having lunch with him earlier on Sunday – Mother’s Day in the US.

Mar-a-Lago is mostly shutting down for summer, US media reports.

An insider said Trump, 74, always attends the Mother’s Day lunch and heads off when the winter season is officially over.

According to People, Mrs Trump, 51, and their son are thought to be planning to travel back and forth to New Jersey.

The decision is said to likely depend on his school schedule.

A source told the publication: “Melania and her family will spend time with Donald but also continue working with Barron’s school and keeping him up to date on his extracurricular activities.

“She has their relationship down to a science.

“She does what she wants and also continues as Mrs Trump, so it’s unlikely to expect much out of the order at this point.”

Meanwhile, sources told the Daily Mail Trump has moved his political and fundraising base to Bedminster.

Florida Republican operative Larry Casey said over the last 20 years Trump has spent the winter in Florida, before heading back north.

The couple moved to his Mar-a-Lago resort in Palm Beach, Florida after he left the White House in January this year and Joe Biden took over as US President.

A spokesman for Mrs Trump previously said she is enjoying living at the resort and is putting her family first.

But a person close to the couple recently told CNN she is no longer a “presence” at Mar-a-Lago.

She “rarely” interacts with her husband’s staff, the source added.