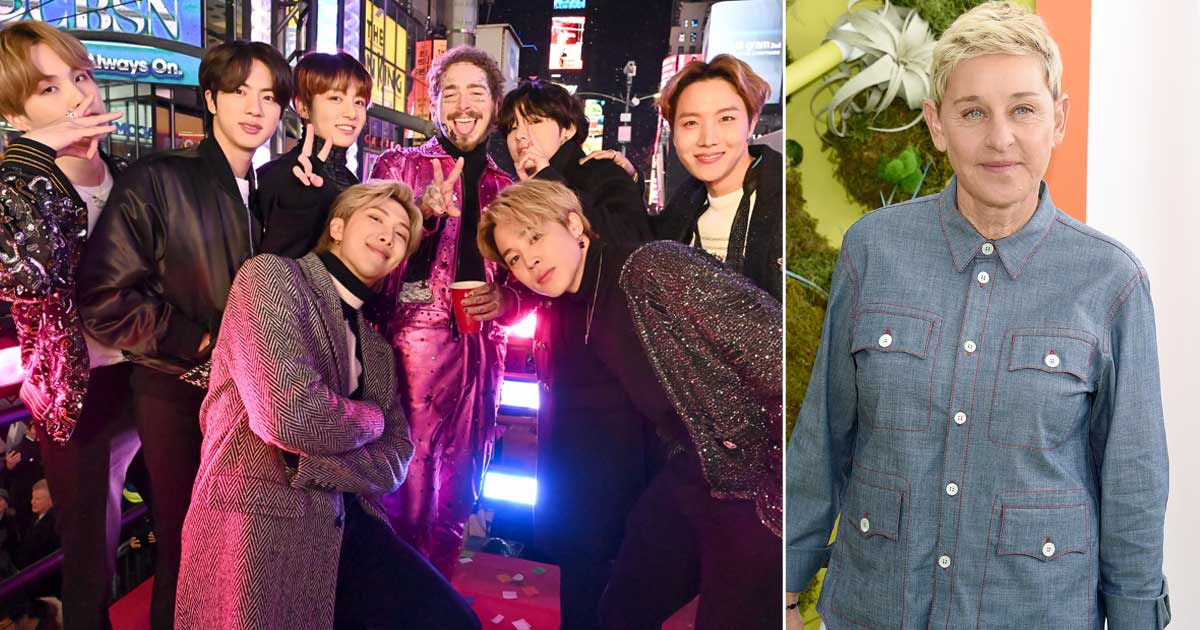 South Korean boy band BTS is one of the most successful Asian group ever. The group is now going places as their fans are increasing by the day. The K-pop band appeared on The Ellen DeGeneres show for the first time in 2017 and their interaction was quite funny.

When the Korean band came to the show for the first time, they had a Korean translator with them. The comedian-host asked a series of questions but the last few were quite funny. Although the group does not speak English except RM/ Kim Nam-Joon, they know how to react.

During the episode, Ellen DeGeneres asked BTS whether they have girlfriends, RM replied, they had hundreds of them referring to the fangirls of the ARMY. Ellen then asked him if they had ever hooked up with a fangirl, to which RM began laughing and shyly looked away.

The comedian-host then began teasing him by telling the translator to explain what hook-up means to the boys. After the boys learned when hookup means, V was the first to reveal that we have never done something of that sort.

Take a look at the video below:

Following their first appearance on the show, rumours were rife that one of the band members dating fangirls gained momentum. And when BTS came on Ellen DeGeneres’ show once again, RM/Kim Nam-Joon told her that she was the one who taught them the meaning of hook-up.

Meanwhile, South Korean boyband BTS’s song “Dynamite” released in 2020 and it was the most-mentioned K-pop song on the social media platform. BTS was touted as a fave to win the Grammy’s this year for Dynamite but the award went to Ariana Grande. The song had put the group on the world stage like never before.

Now the group is coming up with a new song, Butter on May 21, 2021. The announcement has broken the Internet.

Will Smith Says He Is In The Worst Shape Of His Life: “I’m Gonna Be Real Wit Yall”