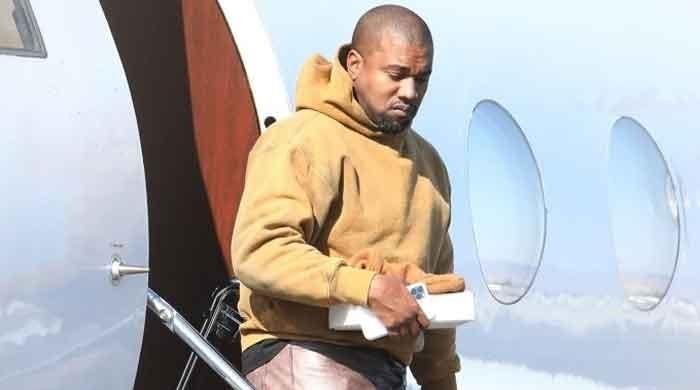 Rapper Kanye West has arrived in Los Angeles for the first time since news of his separation from reality star Kim Kardashian broke.

The 43-year-old star  was seen embarking from   a private jet at Van Nuys Airport as he returned to LA from his ranch in Cody, Wyo.

The father-of-four was looking  serious while getting off the plane with the  members of his team.

Kanye  had no smile on his mask-free face and  he rocked distressed leather pants and a mustard hoodie for his  arrival in the city. He also wore his Yeezy Foam Runners to feel relax.

Earlier this month, a media outlet  revealed that Kardashian and West were heading toward divorce after nearly seven years of marriage.