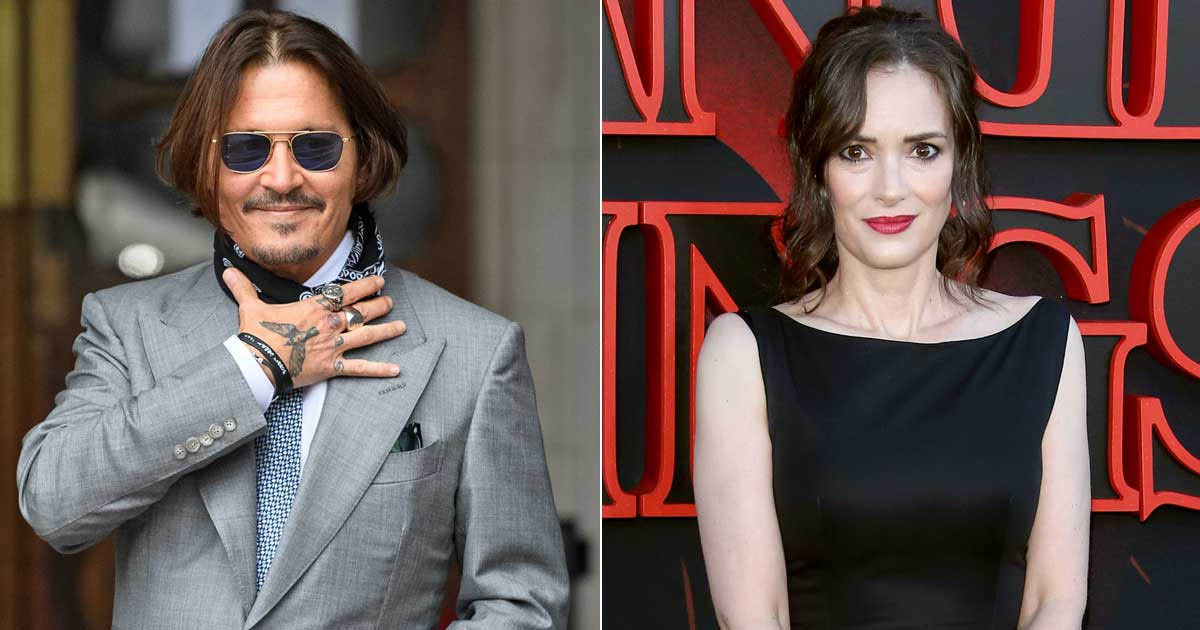 One of the well-known star couples in Hollywood was Johnny Depp and Winona Ryder. The two dated and engaged for three years between 1990 and 1993. Their mutual love for poetry is also well-known. Recently, it was reported that the actor is selling poetry he written for his ex-fiance for a charity.

A leading daily had reported that the ‘Pirates of the Caribbean‘ star has teamed up with ViciNFT to auction off various items including his poetry on Winona Ryder and a signed photograph of the star playing one of his beloved guitars at his villa in France. However, now the auction has been cancelled.

As reported by Daily Mail, a person impersonating Johnny Depp had arranged a ruse fraudulently claiming they were set to give away various items of the actor. After learning the ruse, ViciNFT has cancelled the auction. The organisation is headed by Bill Gladstone, an author and literary agent who has represented Neil Young, Pamela Anderson and Deepak Chopra.

Previously, Winona Ryder defended her ex-fiance, Johnny Depp, at court after he was accused by ex-wife Amber Heard of physical and verbal abuse. As per the publication, she recalled her romance with the 57-year-old actor and said, “It was absolutely like nothing before. We hung out the whole day… and night, and we’ve been hanging out ever since. I love her more than anything in the whole world.”

Back in December 1993, Johnny Depp told the Los Angeles Times about differences that led to their split. He said, “It’s very hard to have a personal life in this town. My relationship with Winona, it was my mistake to be as open as we were, but I thought if we were honest it would destroy that curiosity monster. Instead, it fed it, gave people license to feel they were part of it.”

Angelina Jolie Feels Broken, Says “I Felt A Little Beaten Up In My Own Life” As The Brad Pitt Custody Battle Continues

King Charles and Prince William could have a major say in Archie and Lilibet’s future relationships: ‘I have to say yes’