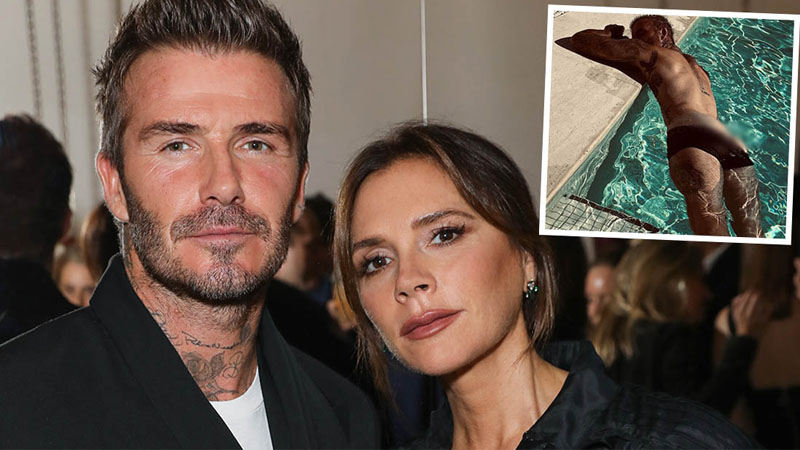 She might not be rejoining the Spice Girls anytime soon (book), but that doesn’t mean Victoria Beckham can’t gift us all other treats – namely her husband’s bare backside.

The fashion designer shared a cheeky snap of David Beckham’s bum on Instagram on Sunday for reasons known only to herself, but we can’t say we’re complaining.

The former Posh Spice captioned the pic, which she took herself: “Happy Sunday, you’re welcome!”

Unsurprisingly, the picture, which sees David in a swimming pool with his trunks pulled down, has had over a million likes in less than 24 hours.

One user described it as “the most incredible act of generosity I’ve ever witnessed”.

David recently debuted a brand new hairstyle, and it was a total throwback to one of his most iconic dos.

The footballer revealed he’d gone peroxide blond – and he he wasn’t the only member of the Beckham family to do so as he posed alongside teenage sons Romeo and Cruz, who were both sporting bleached barnets.

“Sometimes the boys need reminding who did it first in the 90s”, he joked in the post’s caption. “By the look on their faces, they are not too pleased about it.”

David’s hair got the seal of approval from Victoria too.

She commented: “Dad did do it first and it looks even better this time round!!!!”

Prince Harry and Meghan Markle Sink to Their Lowest Ever U.K. Favorability Rating