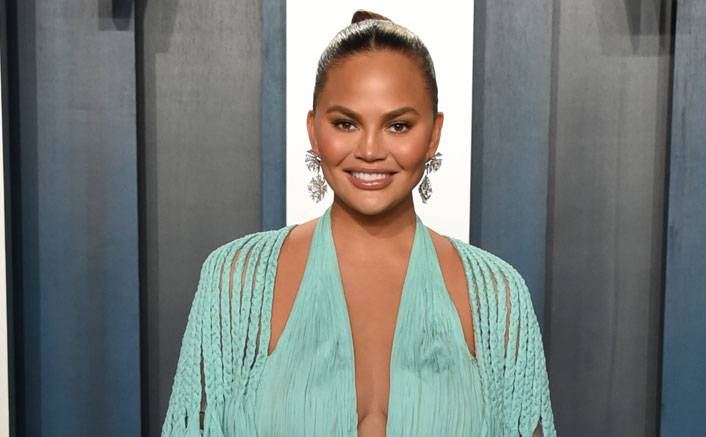 Chrissy Teigen is in hot water and the model and author has been losing brand sponsorships after poor conduct from her past recently rose to the surface. Media personality and model Courtney Stodden recently spoke out about severe cyber bullying at Teigen’s hands, revealing receipts of Teigen’s verbal assaults with the backlash being swift and firm.

Since Stodden leveraged the allegations against Teigen early last week the model’s cookware line has been removed from both the Macy’s and Target website, with a Twitter apology doing little to undo the damage to her reputation.

Last week, the Daily Beast released an interview with media personality Courtney Stodden who rose to fame at 16-years-old in 2011 after marrying 51-year-old actor, Doug Hutchison.

Stodden, who is now 26-years-old and identifies as non-binary, revealed that back in 2011 when they were 16, Teigen would both publicly and privately contact them, urging them to commit suicide along with other harmful rhetoric.

Stodden told the publication, “She wouldn’t just publicly tweet about wanting me to take “a dirt nap” but would privately DM me and tell me to kill myself. Things like, “I can’t wait for you to die.”

Stodden also released a video earlier this year exposing the verbal assault she received from Teigen. In the video, they explained, “She has sent me so many different tweets. Private DMs, up ’til a couple years ago.

It’s so damaging when you have someone like Chrissy Teigen bullying children.” Although many of the tweets are now deleted, screenshots are still circulating the internet supporting Stodden’s claims.

Following the release of the interview with the Daily Beast Teigen spoke out on Twitter, issuing a public apology to Stodden. She wrote, “Not a lot of people are lucky enough to be held accountable for all their past bullshit in front of the entire world. I’m mortified and sad at who I used to be. I was an insecure, attention seeking troll.

I am ashamed and completely embarrassed at my behavior but that is nothing compared to how I made Courtney feel. I have worked so hard to give you guys joy and be beloved and the feeling of letting you down is nearly unbearable, truly. These were not my only mistakes and surely won’t be my last as hard as I try but god I will try!!”

Teigen continued by claiming that she has attempted to privately reach out to Stodden, before publicly apologizing to both Courtney and her fans for letting “you guys down.” She also noted that, “I will forever work on being better than I was 10 years ago, 1 year ago, 6 months ago.”

Teigen has since had her cookware line dropped from Macy’s, and Target also discontinued her products, although they claim it is unrelated to the situation. As of this week, Stodden claims Teigen has not reached out to her personally to offer an apology.