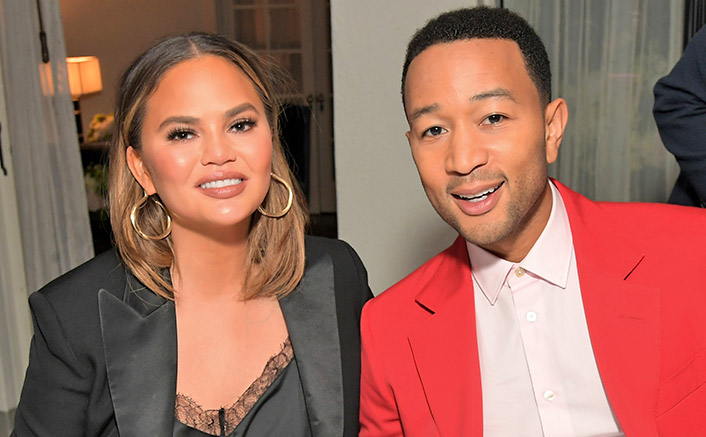 In September, Chrissy Teigen and John Legend had to say a tearful goodbye to their third child following a miscarriage. The couple shared the heartbreaking news of Jack (as they called him) via social media posts along with pictures of Chrissy crying in the hospital.

Owing to these pictures shared on social media, the couple received backlash from netizen. During a recent appearance, the duo spoke about it saying that the photographs were meant for those who needed it. Read on to know more.

During an appearance on Good Morning America (on November 24), Chrissy Teigen and John Legend spoke about how some on social media reacted to the pictures. They also opened up about how the devastating news has strengthened their bond.

While many sympathized with Chrissy Teigen and John Legend over their lost and appreciated the couple sharing the profoundly personal moments on social media, some followers criticized Teigen for it. Opening up about it Chrissy said it that these pictures (captured by John) were for those who needed it.

Chrissy Teigen said, “I don’t care if you were offended or disgusted. I understand it can be that way for people. It’s designed for the people that were hurting. And John was very uncomfortable taking them.”

Speaking about the same, John Legend continued, “She felt like, really, that one of the ways we would carry on Jack’s memory was to take pictures of that moment. I was, like, worried. I was like, ‘I don’t want to, like, commemorate this pain.’ But the crazy thing about having a miscarriage is you don’t walk away with anything. You have this emptiness and we wanted to take the photos so that we had something to remember it by.”

Despite receiving this negativity, Chrissy Teigen fells the ‘world is inherently good’ as she experienced the kindness firsthand. Speaking about it she said, “And it’s shown itself. As hard as it was, it is beautiful to see this side of it.”

Talking about their bond getting stronger amidst this devastating time, John Legend said, “I just know that I love my wife more than ever. We’ve been through so many challenges together, and they’ve made us stronger.”

Continuing further John Legend said, “And I know that doesn’t always happen when people go through tragedy, but I feel like the challenges we’ve faced together have made us feel even more sure about who we are together as a couple and who we are as a family. And that when we commit to be together forever, we really hold that promise to heart and we take it seriously. And I feel like we’re stronger together than we’ve ever been.”