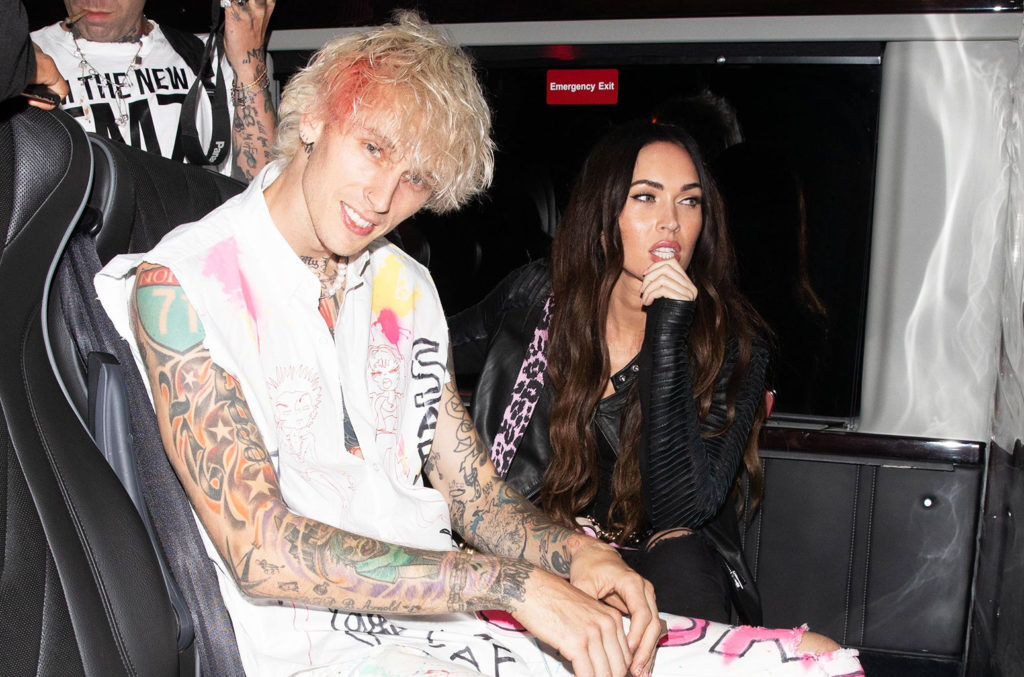 Besides painting the town red, Machine Gun Kelly and Megan Fox are also making the headlines almost every other day! A couple of days ago, the couple sparked engagement rumours when bling was seen on Fox’s left-hand ring finger and a thin band on Kelly’s. Now the singer has done something that will make you go aww!

MGK recently picked his lady love in arms as they moved through a sea of fans to get to the taping of Saturday Night Live. Scroll down to see the love-filled pictures.

Taking to social media, Machine Gun Kelly and Megan Fox fans shared some images of the singer carrying his lady love. A couple of them, also shared a couple of videos proving chivalry isn’t dead.

Megan Fox looked stunning in a pair of orange and black snake print pants, a matching top and a long black leather jacket. The Transformers left her long, dark brown tresses down with a centre parting and opted for heeled shoes. Today, no big bling was sported on her left-hand ring finger.

Machine Gun Kelly opted for a pair of red pants with long black patches on the front of each leg. He paired it with a red, long-sleeve shirt with black stars. MGK completed the look with black shoes, a fine black belt, and hair spiked in an ’80s style.

While love and corona are definitely in the air, both Megan Fox & Machine Gun Kelly were sported without masks. MGK is the musical guest, who will feature alongside host John Krasinski in the first episode of Saturday Night Live in 2021.

It was during a rehearsal for the same that the couple’s engagement rumours began doing the rounds. Kelly has shared a video of his prepping for the gig and panned the camera on Fox who accompanied it. The light caught bling on her ring finger, making fans wonder if the two has taken the next step in their relationship.

However, yesterday, Megan Fox took to her Instagram story and debunked the rumours by sharing a close up of her two-word ring.

Always Sweating in Your Sleep? Here’s What Your Body’s Trying to Tell You