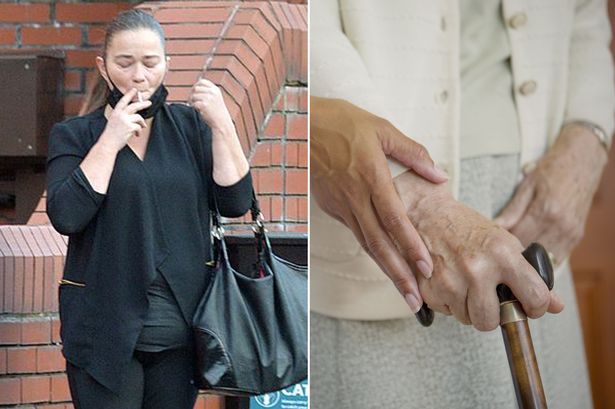 A “hateful” carer stole more than £8,000 from a dementia-stricken pensioner who “thought the world of her”.

Donna Marie Smith, 51, was jailed for 20 months after admitting defrauding the 87-year-old by helping herself to four cheques while working at the client’s home, Leicester Live reports.

Sentencing, Recorder Francesca Levett said: “Stealing money from an elderly woman you were supposed to be caring for is quite simply hateful.

“I’m told you feel shame, but guilty your plea was extremely late in the day.

“I accept there was an element of putting your head in the sand.”

The recorder told Leicestershire Crown Court that she had sympathy for Smith’s teenage daughter “because the punishment in this case can only be met by imprisonment.”

Smith fraudulently used the cheques to pay money into her own bank account and even removed the stubs to conceal her crime, which took place between April 2018 and January last year.

Smith, of Mowmacre Hill, Leicester, initially denied the charge but changed her plea to guilty on the day of trial.

The defendant was originally charged with taking 19 cheques and cash in excess of £20,000 – but she only accepted four cheques involving £8,056, on a basis of plea that was accepted by the prosecution.

The court heard another carer became concerned about the victim’s mental health and advised relatives to seek Power of Attorney to safeguard her interests – and ended up wrongly being blamed as the culprit by Smith.

Smith gave a “no comment” interview when questioned by the police, said Hal Ewing, prosecuting.

The victim’s sister-in-law said the pensioner, who had lived with her 83-year-old brother, looked forward to Smith’s daily visits and thought she was “a special friend.” She sadly passed away in January this year.

She added: “Thankfully, because of the dementia, she didn’t fully understand the despicable crimes carried out by Donna Smith.

“It was upsetting and confusing that her favourite carer left without saying goodbye.”

Steven Newcombe, mitigating, said: “She feels shame and remorse and it was a long time coming for her to accept what she did, which was despicable.

“Nothing I can say and take away the pain and distress the offence has caused.”

Smith was jailed for 20 months. Afterwards, the 53-year-old carer who was wrongly blamed by the defendant said: “Justice has been done.

“What she did was unforgivable and extremely unfair on all the many decent and genuine carers who are trusted by their clients.”

Walk ‘Must’ for Hearty, Healthy Women