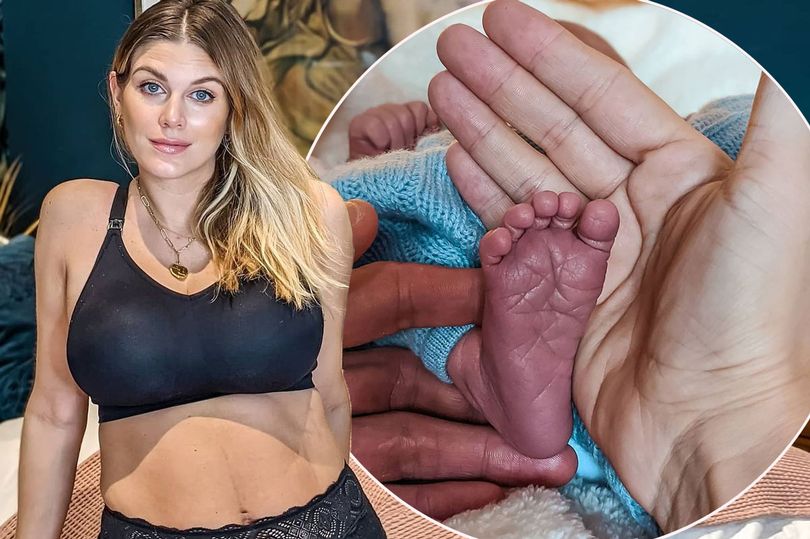 Raving about the “comfortable” pants, the former Made In Chelsea star explained that they made the perfect transitional choice between the bulky absorbent pads she used immediately post-birth and her usual underwear.

Modelling the black pants on her Instagram page two weeks after giving birth, Ashley told fans: “I have to shout out these knickers – I bought a couple from M&S just in case I had a C-section, but they have a really thick crotch as they’re made for incontinence.

“They’re ideal for this part of post pregnancy where you don’t need pads any more but need a bit more support than normal. They’re so comfortable too.”

Ashley has been chronicling her recovering body with fans, sharing her pride and fascination at what she has achieved.

She continued in her post: “I’ve been fascinated with my body since falling pregnant, and equally as mesmerised by it since giving birth.

“Watching it grow and having people tell you constantly you glow, to then seeing what it was capable of during childbirth, and then watching it heal and deflate, where suddenly you’re no longer gold you ‘glow’ and the conversation centres around whether or not you want to bounce back or not (with judgement on either side).”

Charting her progress recovering from birth, Ashley said her stitches had “almost healed and it doesn’t hurt to go to the loo. “

The new mother added: “I’m just in awe of how it’s adapted, and I actually think I look cute.”

Kim Kardashian Asks Kanye West Not To Be ‘Messy’ In Her Cryptic Post After His Leaked Fight Video With Chance The Rapper?