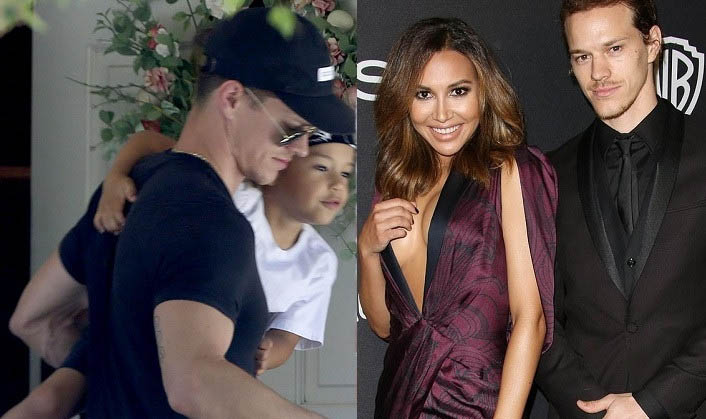 According to court documents obtained by PEOPLE, Josey is suing Ventura County, California — where Rivera accidentally drowned during a boat excursion with her son at Lake Piru in July — the county’s Parks and Recreation Management, and the United Water Conservation District for wrongful death and negligent infliction of emotional distress.

Dorsey and Rivera’s estate filed the paperwork on Tuesday. The lawsuit claims Rivera’s death was preventable and states that the boat she and her son rented from Lake Piru did not have the proper features and equipment necessary to comply with U.S. Coast Guard safety standards.

Spokespersons for Ventura County and the United Water Conservation District did not immediately respond to PEOPLE’s requests for comment.

“[The boat] was not equipped with a safely accessible ladder, adequate rope, an anchor, a radio or any security mechanisms to prevent swimmers from being separated from their boats,” the complaint states.

“Disturbingly, later inspection revealed that the boat was not even equipped with any flotation or lifesaving devices, in direct violation of California law, which requires that all pontoons longer than 16 feet be equipped with flotation devices.”

The court documents also cite the lake’s “deadly history” and claim that there wasn’t “a single sign anywhere — not at the entrance, at the dock, at the popular swimming area of Diablo Cove, not anywhere — warning of the lake’s strong currents, low visibility, high winds, changing water depths, underwater caves, ledges and drop offs, or the trees, brush and other debris that congest its waters due to the vastly changing water levels and winds.”

According to the documents, along with Rivera, who had “strong” swimming skills, “more than two dozen people have drowned in Lake Piru since 1959.” (Ventura County Sheriff Sgt. Kevin Donoghue previously confirmed to PEOPLE that there have been prior drownings at the lake.)

Rivera was confirmed dead at age 33 in July — five days after she disappeared during a trip to the Southern California lake. The actress rented a pontoon boat at the lake with Josey on July 8. When the boat became overdue for return after its three-hour rental, the staff at the lake found it at the north side of the water with the star’s sleeping son aboard.

A search-and-rescue operation was immediately undertaken in the area. On July 9, authorities announced that Rivera was presumed dead as the search shifted from a rescue mission to a recovery one. After an extensive, multiple-day search, her body was found in the lake. An autopsy later ruled the cause of death as accidental drowning.

Rivera and Dorsey, 37, were married from 2014 to 2018. The actor broke his silence about his ex’s death with a heartbreaking post on Instagram in late July, writing in part, “This is so unfair…there’s not enough words to express the hole left in everyone’s hearts.”

“I can’t believe this is life now. I don’t know if I’ll ever believe it,” he continued. “You were just here…We were just in the back swimming with Josey the day before. Life just isn’t fair.”

Singer Normani: “Being A Black Woman, I Feel We’re So Multi-Faceted & Have So Much That We’re Capable Of”