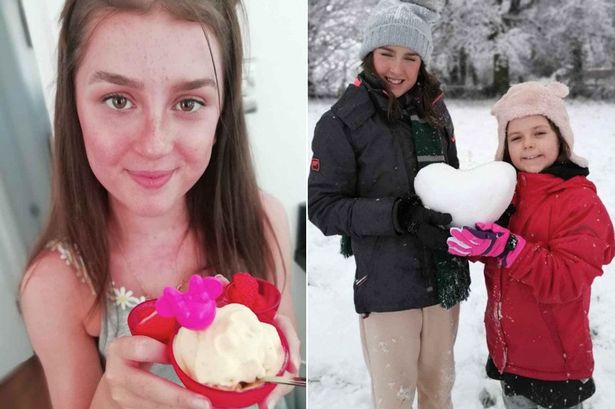 A bath bomb nearly killed a teenage girl who took a dip without knowing it contained milk.

Struggling to breathe, Emelia Brain, 13, was rushed to hospital by fast-responding paramedics after her parents heard her cries for help, The Mirror reports.

Scott and Maria Brain ran into the bathroom to find their daughter Emelia who is allergic to milk, gasping for air and clawing at her throat as angry red welts covered her body.

Puffing ten doses of an inhaler, shots of antihistamine and adrenaline was enough to keep her alive until a big dose of steroids was administered at New Cross Hospital in Wolverhampton.

Dad Scott later read milk was listed on the bath bomb’s packet but not written in bold as allergens are in food.

Mum Maria told The Mirror how relieved she is that Emelia was not alone in the house, she said: “What if we have been down stairs with the door shut?”

“She could have been in the house by herself. I don’t think she would have stood a chance.

“The reaction was so fast because she was ingesting the steam.

“That is the scary thing. It doesn’t bear thinking about.”

The bath bomb made its way into Emelia’s hands despite her spending years carefully looking out for milk as an ingredient in food, drink and various cosmetic products.

She even runs a Youtube channel with her younger sister Elisia, 8, who has asthma and environmental allergies, about living life with allergies.

On January 15 this year she had a momentary lapse when she scanned the label of a bath bomb she’d been given as a gift.

Confident it didn’t contain anything she was allergic to, Emelia dunked it into the tub, watched it fizz and then jumped in.

Maria explained: “I had gone to bed when she got into the bath.

“Within a minute and a half she let out this cry for help. I knew she was in trouble. She couldn’t breathe.

“She had had an allergic reaction before, but this was different.”

She has now made a full recovery but the family have launched a campaign for allergens on cosmetic products to by printed in bold by law to avoid another child suffering an anaphylactic shock.

Maria added: “For Emelia looking at it she thought she checked them all. For a 13-year-old it didn’t stand out. You had to squint to see it.”

“What does it take the change to happen in the law? “Is it going to take a tragedy?”

He Laid In The Dirt & Trembled With Fear, Wishing He Could Escape Abusive Owner