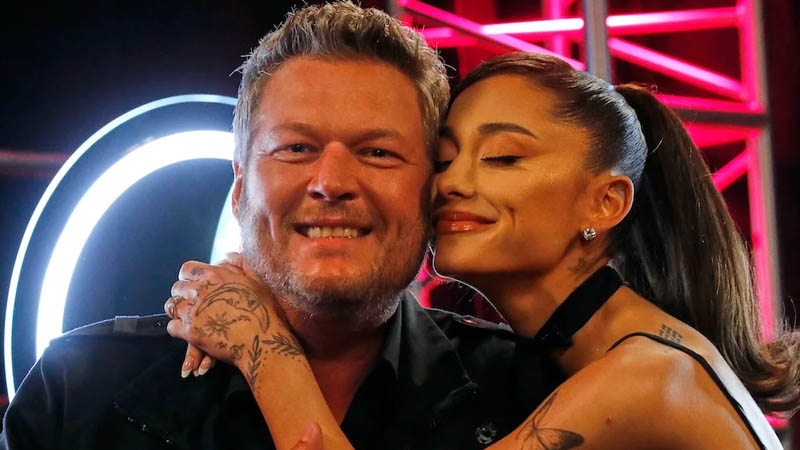 Gwen Stefani might be missing out on sitting alongside husband Blake Shelton on this season of The Voice, but there are still plenty of “Stefani” fans out there — including the show’s newest coach, Ariana Grande!

In a blooper reel the show shared on Monday, the season 21 coaches got into a heated debate about the names of their respective fan clubs — with Blake making a hilarious guess about Ari’s legion of devoted followers.

“What are your fan clubbers called? Piranhianas?” the reigning Voice champ asks, to Ari’s delight and disbelief.

John Legend suggests “Arianators,” but Ariana says that’s wrong too. “There’s a debate over this because someone made that up,” she corrects. “We don’t really claim it.”

Ari then turns the tables on Blake, when John announces that fans refer to him and Gwen — who tied the knot back in July — as “Stefani.”

Blake and Ariana have had a love-hate relationship so far on this season of The Voice — with Blake sometimes endorsing Ari over his coaching frenemy Kelly Clarkson, and sometimes accusing her of stabbing him in the back or “sucking up” to the studio audience.

They even took their hilarious “feud” to social media last week. Ari shared a screenshot on Instagram of a text she received from Blake, in response to a tabloid report that producers at The Voice might be replacing him with Ari, thanks to the “fresh” energy she’s brought to the show during her first season as a coach.

Ariana clearly thought the exchange was funny, adding a heart to both of the texts. See more on the hilarious moment in the video below!

The Voice airs Mondays and Tuesdays at 8 p.m. PT/ET on NBC.

Maintain Your Skincare Routine During the Holidays