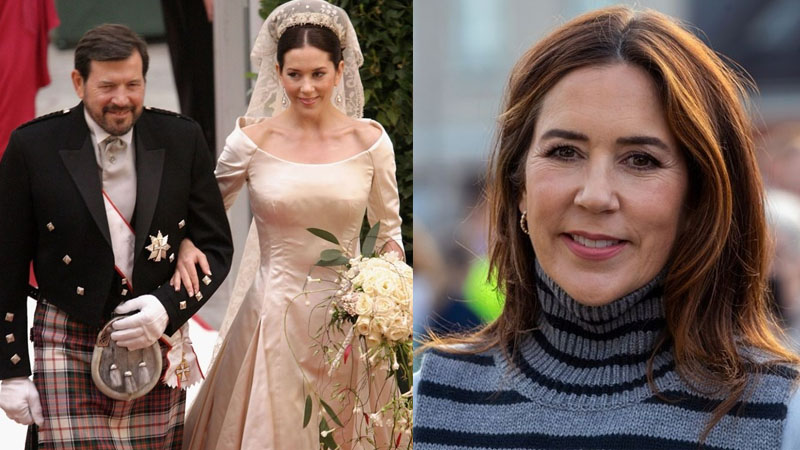 After almost three years apart, Princess Mary of Denmark has had an emotional reunion with her dad, John Donaldson.

The two were recently seen enjoying each other’s company on a walk near Amalienborg, the Copenhagen home of the Danish royal family.

Onlookers tell New Idea Mary and John looked happy and content as they enjoyed Denmark’s warm weather. Accompanying the pair was Mary’s dog, Grace, who ran off into the lush gardens at the royal property.

Due to strict COVID-19 travel restrictions across Europe, Mary and her father haven’t been seen in public together since December 2018.

In May it was reported that John, 80, and his second wife, Susan, as well as Mary’s three Australian-based siblings, will be unable to attend her eldest son Christian’s confirmation due to the pandemic.

At the time, insiders said Mary, 49, was devastated not to have her loved ones, all of which she remains close with, on a special day.

The downsized event saw Prince Christian, who will one day inherit the Danish throne from his grandmother, Queen Margrethe, and his dad, undertake one of his first significant events as a royal.

It is no secret that Mary and her father are very close. In 2004, John walked the Tasmanian-born princess down the aisle on her wedding day and the two have always talked about their strong father-daughter bond.

In a touching gesture, the Danish royal family also extended John – a university academic who now splits his time between London and France – a coat of arms ahead of Mary and Fred’s fairytale nuptials.

Over the years, Mary has also spoken candidly about how the death of her mother affected her and the importance of the family bond.

Earlier this year at the Children, Youth and Grief’s 20th Anniversary, she further opened up about the heartbreaking loss.

“It is difficult, if not impossible, to find meaning in losing someone you love,” she said.

The Most Surprising News About What’s Next For Harry & Meghan’s Just Got Out–What’s Going On?!