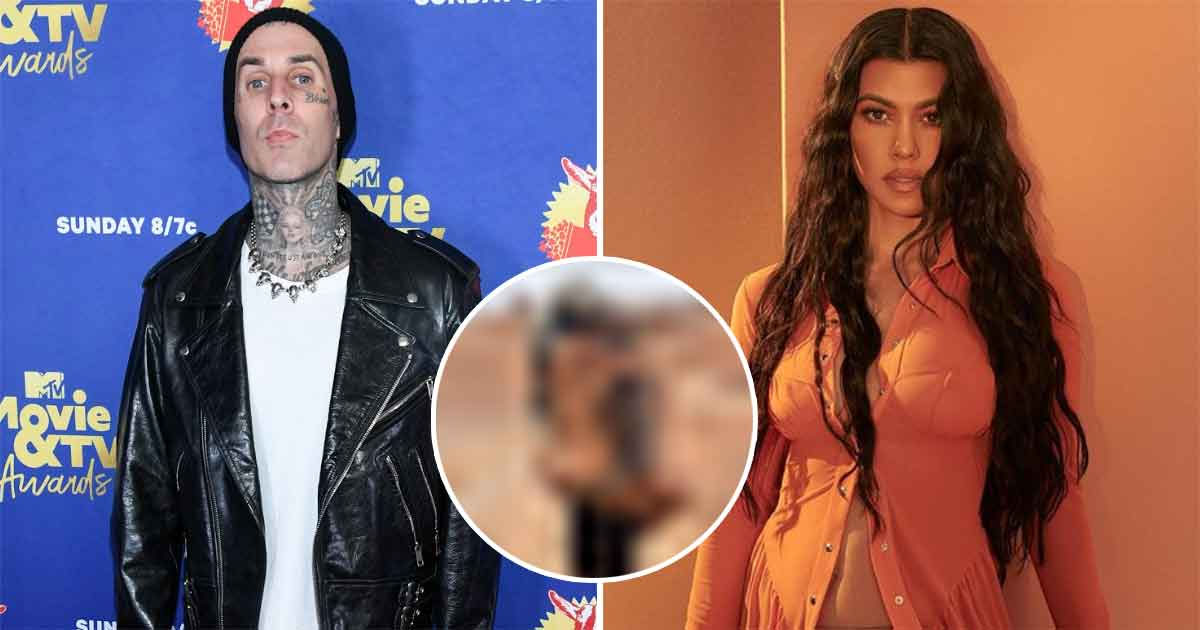 Kourtney Kardashian and Travis Barker are in love – and they want everyone to know it. The couple’s recent vacation to Utah would not have been complete without several PDA-filled posts, and it’s safe to say they met all of their fan’s expectations (and probably exceeded them, if we’re being honest).

Although the couple has been very, ahem, open about their relationship in the past, one photo in particular takes it to a whole new level. We’re seriously blushing for them!

Check out the scandalous pic below:

Yes, you saw that right. Kourtney is clad only in a thong bathing suit, and is getting very cozy with Travis. And they look SO good together!

However, many fans could only focus on one thing: what does this mean for Kourtney and Scott Disick? In the latest season of Keeping Up With The Kardashians, Scott has been very vocal about how he feels about Kourtney – and it goes beyond their relationship as platonic co-parents. “[I]t’s my insecurity that I feel like I just don’t like seeing you with another guy. It hurts me when you’re with somebody else,” he told her. Yikes! Then this Instagram definitely did not make Scott too happy.

One fan guessed the same, writing, “[S]omeone check on Scott.” Another agreed, joking, “SCOTT IS PUNCHING THE AIR RN lmao.”

This isn’t the first (and likely not the last) time that Kourtney and Travis have taken their PDA to the gram. In honor of Kourtney’s 42nd birthday, Travis posted a passionate photo of them kissing.

But it was really his caption that got everyone talking. “I F***ING LOVE YOU!” he wrote. “YOU’RE A BLESSING TO THIS WORLD… HAPPY BIRTHDAY @kourtneykardash.”

As if that wasn’t enough, Travis added another tattoo to his collection as a permanent reminder of his relationship with the oldest Kardashian sister. And Kourtney seems to approve.

There’s no doubt about it: Kourtney and Travis are getting serious. And we could not be happier for the two of them! (Sorry, Scott.)

Tiger Woods Just Posted An Update About His Health Recovery–OMG!

We’re Surprised Brie Larson Didn’t Have A Wardrobe Malfunction In This Sheer White One-Piece—It Shows EVERYTHING!