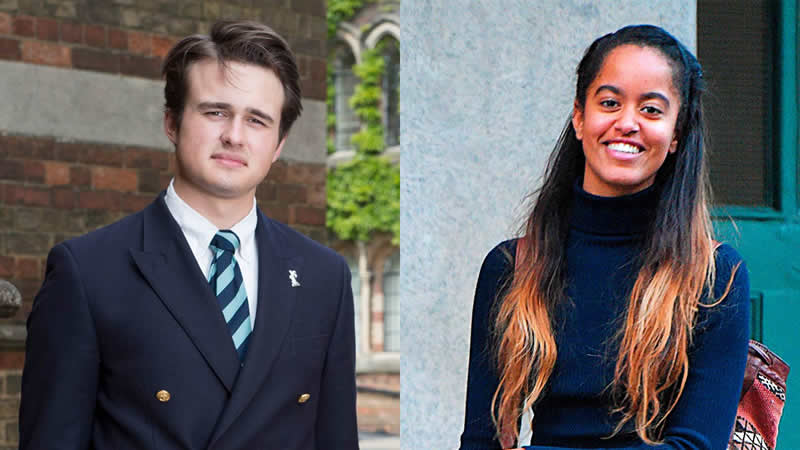 Malia Obama has been dating Rory Farquharson for almost three years now and it was reported that Barack Obama is not in favor of his daughter’s boyfriend. In fact, it was said that things have escalated and the ex-POTUS is not feuding with the 22-year-old British university student.

Malia Obama and Rory met at Harvard University where they are both enrolled and it was in 2017 when they were first linked. Their relationship was revealed after TMZ published a video of Barack’s eldest daughter kissing a guy during a Harvard-Yale football game and later, the lad turned out to be Farquharson.

Rory Farquharson is in a relationship with the daughter of the former president of America and it was said that he is adjusting well to a life where he would be observed continuously. He also tried to stay away from trouble since everything he does will also drag the Malia Obama’s name.

As part of his efforts, he is refraining from making comments on his relationship with Malia or anything else. Also, he deleted his social media accounts since he started dating Barack Obama’s daughter. His moves were to make sure that his privacy and his girlfriend’s will be protected from any embarrassment or bad press stemming from his past or future posts.

Barack’s alleged dislike for Rory as his daughter’s boyfriend

The former president is known to be a very loving and proud dad to his girls – Malia and Sasha. He has was never shy in sharing with the public how much he loves and cares for them thus with his bond with them, it can be difficult for him to accept that they are already dating someone or being pursued by boys.

His daughters are grown-ups already and Malia is in college but he still sees them as his little girls. While he previously said in an interview that he will be relaxed when his children started dating, the latest news seems to suggest he is reacting differently now that Malia Obama is really dating.

Based on the rumor, Barack Obama never said any negative about Rory Farquharson but he is really just keeping things private. In truth, he does not like the guy. It was even reported that they have an ongoing feud.

As per the Globe, Barack couldn’t stand his daughter’s boyfriend and he is furious that they were talking about marriage already. Allegedly, he doesn’t want Malia to end up with a British husband so this is probably why they are in conflict. The truth is – it is obvious that Globe has no idea about what is going in the Obama family and the facts provided have no evidence too, thus Gossip Cop declared everything about Barack and Rory’s supposed feud is false.