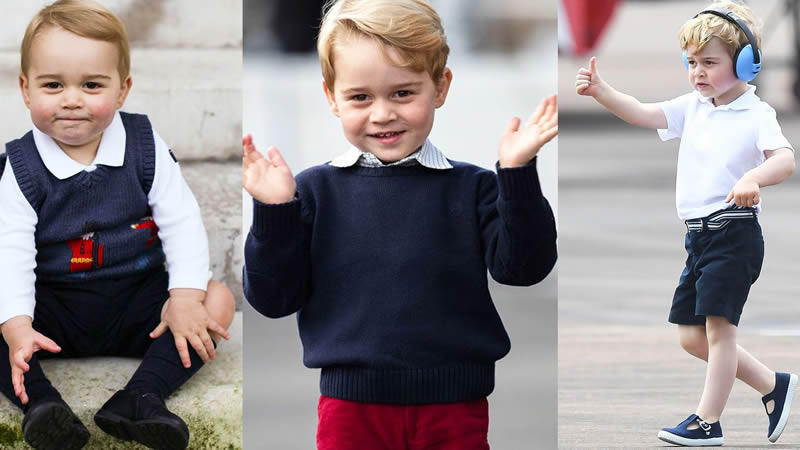 The Duchess of Cambridge had another name in mind, an expert reveals ahead of the Prince’s eight birthday.

Prince George nearly had a different name an expert on the royal family has revealed ahead of his eighth birthday.

Kate Middleton had a different name in mind for her oldest son but changed her mind and settled on George as the name of the future King.The Duchess of Cambridge had her “heart set on” another name for her first child with Prince William, though they had not decided for sure.

Katie Nicholl, an expert on the royal family, has said Kate was going to call her son Alexander, according to Vanity Fair.But the royal couple were open to surprises, and did not ask to know the sex of the baby before it was born.

Seven-year-old Prince George is currently third in line to the throne, after Prince Charles, his grandfather, and Prince William, his father.

He will celebrate his eighth birthday on July 22.

Ms Nicholl writes: “Courtiers insisted the pair had not found out the sex of their unborn baby, and friends close to the couple claim William wanted a surprise.

“Although Kate apparently suspected it was a boy and had set her heart on the name Alexander, they had not yet decided what to call their firstborn.”

For reasons that are not known, they changed their mind and settled on George instead.

However, Alexander was given as Prince George’s middle name, so that his full name is George Alexander Louis.The name George is believed to be a tribute to the Queen’s father, George VI.

Ms Nichol adds that during her pregnancy the Duchess referred to George as “our little grape” and that she had a hunch she was carrying a boy – because he kicked so much.

“When I saw William a few weeks before the birth he said they didn’t know [the baby’s sex] and didn’t want to find out” a friend of the couple is quoted as saying.

“He said there are so few surprises in life—this was one he wanted to keep.

“Kate said she thought it was a boy because the baby kicked so much.”

Meanwhile, Kate’s sister-in-law Meghan Markle is expecting her second child this summer.She and husband Prince Harry recently made waves with explosive interviews with Oprah Winfrey accusing the royal family of racism and neglect.

Relations between Harry and William are said to be strained.This week the royal family announced plans for the Queen’s Platinum Jubilee celebrations next year when she will mark 70 years on the throne.