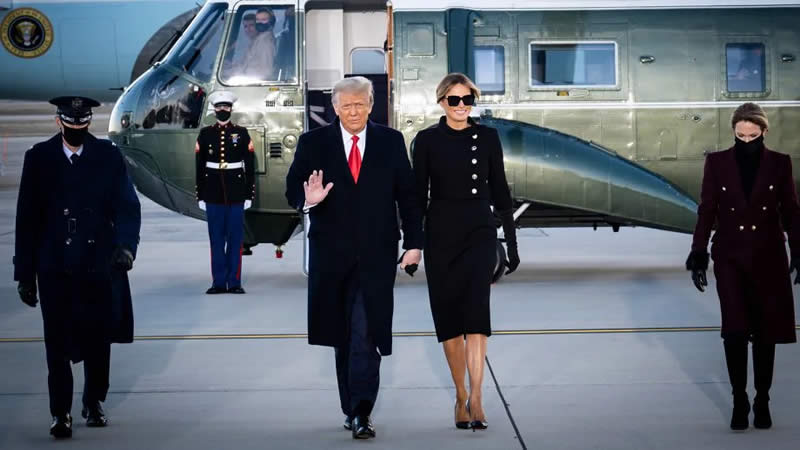 Following the purported remarks, Mr Trump claimed Ms Brzezinski was “bleeding badly from a face lift,” something that the journalist branded as “face shaming”.

Ms Brzezinski addressed the infamous remarks, which Mr Trump issued on his now-defunct Twitter account, in a new interview for the ‘New Abnormal’ podcast.

According to the presenter, the “woman to woman” conversation took place in the couple’s bedroom about eight weeks after Mr Trump had won the election.

She said: “Melania was very curious about [the procedure].

“I’m talking to Melania about it, woman to woman, then Donald came up and said, ‘you know, Melania has had no work done. She’s perfect.’

In response to the podcast interview, Twitter users took to the social media platform to voice their opinion about the claims, with some accusing Mr Trump of lying.

One Twitter user wrote: “You knew Trump was lying because he was breathing.”

Another person added: “She looks like a whole new person!!

“Come on now, please. She’s beginning to look like an old cat now.

“I’m gonna be laughing at that one all day. Wheww!! Lordy!!”

A third commenter said: “Every woman in Trump’s orbit has had massive amounts of plastic surgery.”

The former President and First Lady were spotted earlier this month at a dinner party hosted by Mr Trump for Republican National Committee donors.

Footage uploaded to social media showed the couple being welcomed by a standing ovation from their guests as they entered the event.