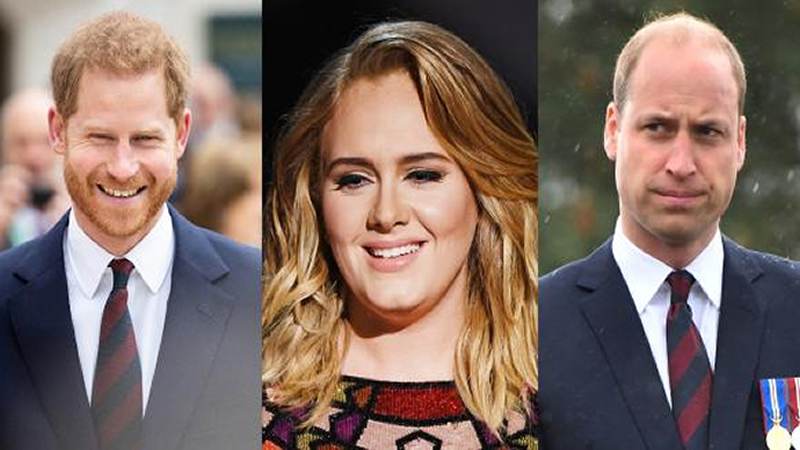 It looks like Adele has a favorite royal family member and isn’t shy to announce that publicly! During her Vogue 73 Questions interview, the singer was asked about her choice between Princess Diana’s two sons, Prince William and Prince Harry, and Adele didn’t hesitate to take her pick between the two men.

Amid her British-themed round of ‘This or That’, the Easy on Me singer chose Blur over Oasis and Liam Gallagher over Noel Gallagher “without a doubt” but particularly took her sweet time when she was asked to pick between the Wales brothers, Prince Harry and Prince William. “Prince…”

Adele paused while trying to figure out a way to answer the question! Quickly, she made her choice and announced “Harry” while giving a cheeky smile to the camera. Adele truly seems like a royal family fan.

Back in 2011, the singer, during an interview with Glamour had admitted to having a crush on the youngest Wales royal. “I’m after Prince Harry…I know I said I wouldn’t go out with a ginger, but it’s Prince Harry! I’d be a real duchess then.

I’d love a night out with him, he seems like a right laugh,” she hilariously revealed. But, that doesn’t mean Adele wasn’t happy about Prince Harry’s wedding to Meghan Markle.

In 2018, she even posted proper snaps of herself dressed up for the royal occasion while congratulating the couple over Instagram. “Congratulations Meghan and Harry. You’re the most beautiful bride. I can’t stop thinking of how happy Princess Diana is upstairs x,” she penned.

‘Stand Up for Our Queen’: Piers Morgan Slams Sussexes for ‘Malicious Campaign’ Against Royal Family