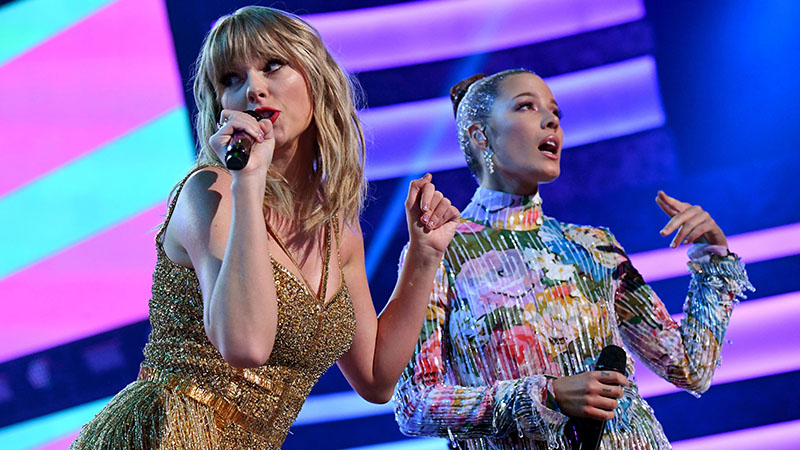 Taylor Swift has been quite active on her social media platforms recently. The singer, who has also made her debut on TikTok, is leaving no stone unturned to promote her upcoming album Red, which will be a remastered version of her original album of the same name.

The Willow Singer now took to her Instagram stories to promote Halsey’s new studio album, and gushed about their ‘commitment to taking risks.’ By mentioning Halsey in one of her stories, Taylor posted a snippet of their new song and filled the New Americana singer with praises, and appreciation.

Swift said that she is ‘blown away by Halsey’s artistry’ and even praised the way they took a risk with the new kind of music. Later, Taylor also said that, with the new album, Halsey has given them a ‘brave new era to dive into and explore together.’

Take a look at Taylor’s story:

The Blank Space singer then urged her followers to stream their brand new song, and buy the album as well. Twitteratis have taken to the app to post their reactions to Taylor’s story. While one of the users said that the two of them have the most genuine friendship and respect for each other’s work, others commented about how Taylor promoting the album would make them stream the song as well.

In other news, Halsey has welcomed their baby Ender and took to posting a picture of them breastfeeding the baby. Captioning it as “Welcome to the jungle,” Halsey was seen nursing their baby, and at the same time normalizing breastfeeding with their post.