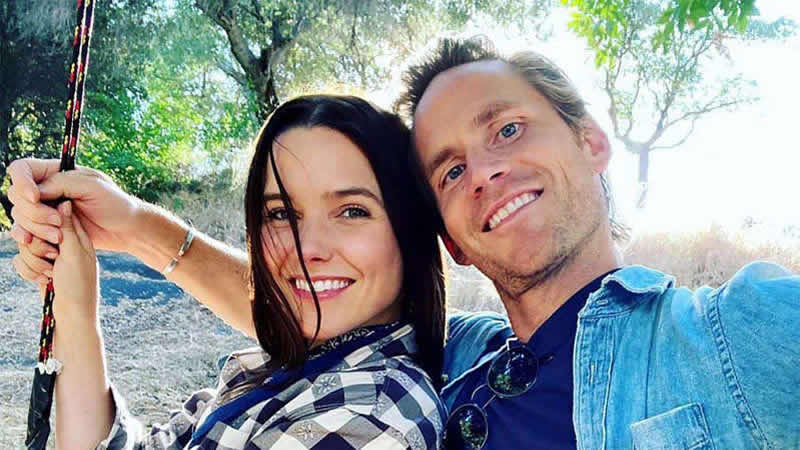 Head over heels! Grant Hughes couldn’t help but share a sentimental post praising his fiancée, Sophia Bush, after they announced their engagement on Tuesday, August 10.

“She is my forever Favorite. This is my favorite. And our life is that we’re building because she said ‘Yes’ is already my favorite,” Hughes wrote via Instagram alongside photos from the romantic proposal. “I am SO EXCITED to do life with you, Babers.”

The entrepreneur popped the question on Italy’s Lake Como in a classic wooden speedboat. Bush, 39, wore a brown maxi dress while Hughes got down on one knee in a blazer, white t-shirt, and jeans.

Another snap showed that the actress kept her hair out of her face while the boat was in motion with a scarf, giving the dreamy photos a vintage feel.

Hughes added that he couldn’t pull off “a brilliantly executed surprise like this” without a little help. The University of Oklahoma alum had “secretly stationed photographers” documenting the whole proposal and rented the picture-perfect boat for the special occasion.

He included a shoutout to “an amazing family of friends too numerous to name that supported me through this entire process” as well.

It all paid off. Thank you for helping me create perfection for the most perfect woman. She felt it,” the FocusMotion Health founder shared.

Bush was first to reveal the big news on Tuesday. “So it turns out that being your favorite person’s favorite person is the actual best feeling on planet Earth #YES,” the One Tree Hill alum captioned her social media post.

The couple was first linked in May 2020 when they were photographed embracing each other. In January, the groom-to-be addressed the relationship while sharing a slew of photos from 2020.

“Somehow through all this, I found my person @sophiabush. She was in my life as a friend for 8 years and the pandemic forced us to slow down and stay in one place long enough to realize what I’d been looking for all along was closer than I could have known,” he wrote via Instagram.

This will be Bush’s second marriage. The “Drama Queens” podcast cohost was briefly married to OTH costar Chad Michael Murray from 2005 to 2006. Now, 15 years after their split, she said she doesn’t like to address her first marriage publicly anymore.

’ Like, I have this whole other career,” she said on an episode of Michael Rosenbaum‘s “Inside of You” podcast, which was released just before her engagement announcement on Tuesday.

Read the original article on msn.