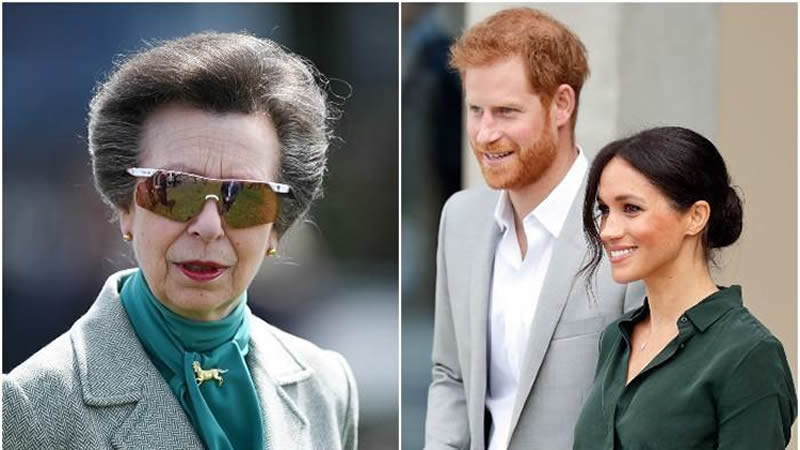 British royal family news reveals that Prince Harry reportedly got an icy reception from his spurned family back in April when he returned to the UK. The occasion was Prince Philip’s funeral and Harry had trashed the entire family and monarchy to Oprah Winfrey in March. Awkward.

Now reports reveal that at least one family member has no use for Harry going forward.

Princess Anne Has No Use for Harry?
According to the Daily Mail, Princess Anne froze Harry out at the funeral. An insider told them, “There is a deep sense of protection towards the Queen and resentment towards Harry. There is little sympathy for him after what he and Meghan [Markle] said on Oprah.”

Princess Anne Has A Mind Of Her Own
The Daily Mail’s source said that the royal family was, “still very upset” at the time, and put on a, “united front for the queen,” despite Harry having,” behaved appallingly.”

Guess what? He and Meghan have “behaved appallingly” in spades since then, too. Harry has claimed his father to be a lame parent, and in general, has acted bizarrely.

One royal watcher thinks they have the answer to why Anne has distanced herself from Hollywood Harry and Meghan, although there is no justification needed after the ugly name-calling and atrocious stunts they have pulled.

Prince Philip Passed Away This Year
Royal expert Ingrid Seward told Express, “Anne has no need to get involved in the Harry and Meghan drama at all. Remember she is her father’s daughter and he frequently chooses to distance himself from issues he didn’t consider his business.”

Additionally, when Harry and Meghan abandoned the monarchy, it was left to others, like Anne, to step up and do damage control. Perhaps in an ironic twist, it is Anne according to Royal Central, who will become the first female Captain-General of the Royal Marines, the role Harry shirked.

Nottinghamshire Live also reports that Anne will be tapped to take over responsibilities that belonged to Philip. As such she has a lot on her plate and that would be reason enough to stay out of the drama and mud pies the Markle’s keep cooking up.