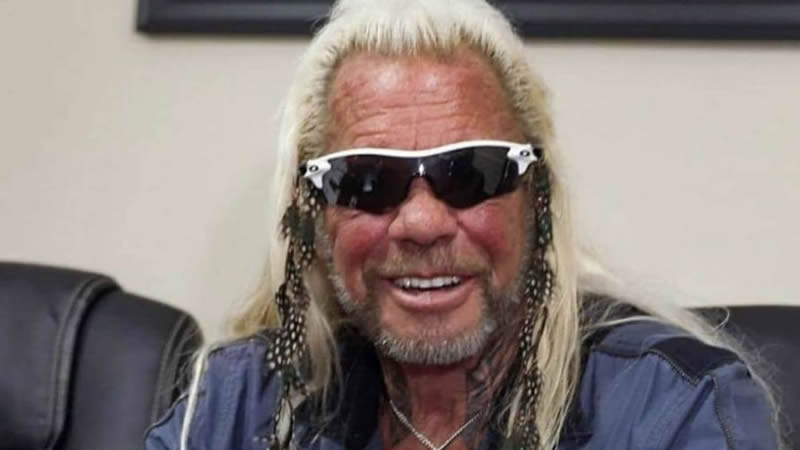 Dog The Bounty Hunter has found love again and will marry his fiancé Francie Frane, a rancher from Colorado, in September.

Duane “Dog The Bounty Hunter” Chapman surprised his fans by announcing he will marry his fiancé Francie Frane next month. Two years ago, Dog lost his beloved wife Beth to cancer. He found the reassurance he needed in the Bible to get married.

Read Also: I Thought I Was Prepared to Marry a Black Man, But I Had NO Idea

Dog Sets Wedding Date
While appearing on the Two Guys From Hollywood podcast, Dog appeared to be absolutely giddy as he told cohosts, Alan Nevins, and Joey Santo, “I’m getting married, and you’re invited.” Frane is a 52-year-old rancher from Colorado.

“We went to the venue, picked it out yesterday, looked at it. Man, it costs a lot to get married, my God!” the 68-year-old bounty hunter added. “Anyway, yes, September 2 [is the wedding date].”

Dog And Francie Bonded Over Losing Spouses
Dog and Beth were married for 13 years before she died of throat cancer in 2019 at the age of 51. He met Francie the next year, and the two quickly bonded over their shared grief. She’d lost her husband Bob to cancer, too.

“And then when I went to the Bible, Genesis, and found out how Adam got Eve, as I was going to find the exact story, I saw the scripture that says, ‘God does not want a man to be alone,’” he continued. “That he knows we need a companion, whether we’re a man or a woman.”

Dog and Francie had opened up about their relationship last year, with him telling Entertainment Tonight that he “knew right away this was love.”

“We understood the pain that the other one was feeling and [in] those tough days and moments, we helped each other stand up,” Francie added.

“We could cry with each other and talk about what we were feeling,” she explained. “We were able to walk alongside each other through the pain and heartbreak and it brought us together in this amazing way.”

Dog Feels Beth Would Be Onboard
After announcing his engagement in May of last year, Dog told People Magazine that he believes that Beth would absolutely be on board with it.

“I need a partner,” he said at the time. “I’ve said it before. There will never be another Mrs. Dog. There is not. Francie couldn’t do that. There will be the last Mrs. Chapman. If Beth was here, and saw Francie and saw how she was raised, her morality and this and that, Beth would say, ‘Big daddy, don’t lose her.’”

We would like to wish Dog and his fiancé, Francie, the best of luck in their lives together. We can’t wait to see them walk down the aisle next month!

Read the original article on themix.