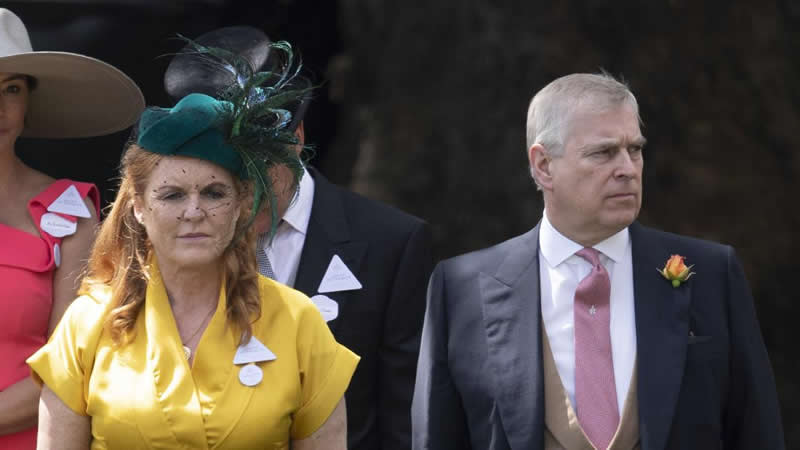 Sarah Ferguson has spoken out on the controversy surrounding her ex-husband Prince Andrew, following reports that he is connected to the Jeffrey Epstein scandal.

During a recent interview with PEOPLE, Ferguson was asked about the situation, to which she replied by expressing her undying support for Andrew. “Whatever challenges he has, I will stand firm to the co-parents that we are together…

I believe that he’s a kind, good man, and he’s been a fabulous father to the girls.”

Ferguson and Andrew were married for a decade, from 1986 until 1996. They share two daughters together: 31-year-old Princess Eugenie and Princess Beatrice, 32.

They are also co-grandparents to Eugenie’s 5-month-old son, August, and will soon welcome a new grandchild, as Beatrice is currently pregnant.

Commenting how she’s been seen as weathering difficult circumstances in the past, Ferguson said, “When you have a sense of humor and you’re a redhead, everyone takes you for a big hurricane. But sometimes, you don’t always want to be the storm.”

Prince Andrew has been part of the controversy around Epstein and Ghislaine Maxwell, both of whom have been alleged to have trafficked minors for sexual purposes.

Andrew is said to have possibly been more than an acquaintance of the two, though he has denied any involvement or knowledge of their alleged crimes. Epstein died in prison in 2019, with his death being officially ruled a suicide, and Maxwell is currently behind bars awaiting trial.

In 2020, a friend of Maxwell’s — American stockbroker Laura Goldman — spoke out about the chances of Maxwell providing any information to authorities about Andrew being involved with Epstein’s dealings, and she indicated that it was not likely Maxwell would say anything.

“The only way she can walk is if she gives someone up, but that definitely won’t be Andrew,” she said. “She is so appreciative that when she first came to New York, the duke helped to launch her into high society.”

Goldman went on to say that Maxwell has “always” spoken “about what a true friend [Andrew] is. She doesn’t see any reason to speak about him to the authorities.

” Goldman added, “Ghislaine’s always told me that Andrew’s kind of stupid and naive and if there were girls in the house while he was there, he would have thought they were servants. All these people thinking he is evil are just wrong. He is just the kind of entitled person who sees everyone as a servant.”

7 Tips To Keep Headaches Away

5 Ideas To Wear Your Boyfriend’s Clothes