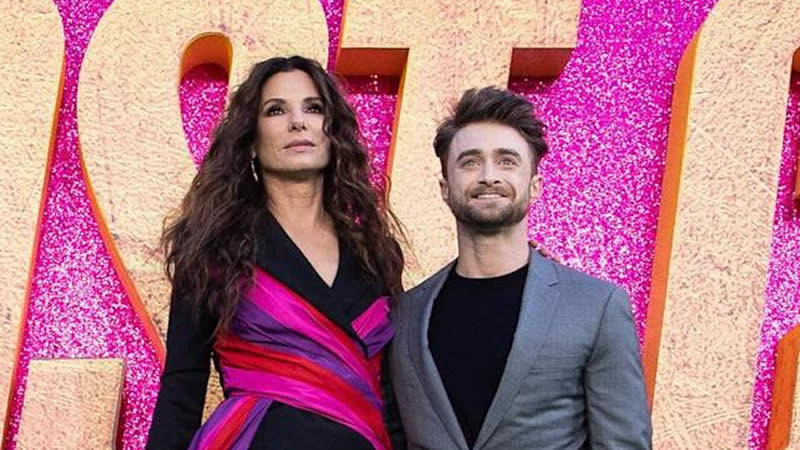 Sandra Bullock might be one of Hollywood’s leading ladies on the big screen but she knows where the real power lays.

The actress is currently promoting her latest film The Lost City and has revealed that she had to get clever when it came to making sure another big name got on board with the project.

Channing Tatum and Daniel Radcliffe both star in the movie as well as Brad Pitt – and it was getting him on sign up where Sandra played a key part.

Speaking on the Australian talk show The Project, Sandra explained that she bypassed agents and spoke directly with their shared hairdresser to get him in the film.

She explained: ‘Janine Thompson, who has been doing my hair for centuries on films, does his hair. And he asked her to call me and ask me to do him a favor.’

Brad had asked if Sandra would appear in his movie Bullet Train and she agreed. The actress continued: ‘I called her and said, “Since I said yes, can you get in his ear and ask him to do our film?” And he said yes!’

‘There is nothing sexy about it,’ Sandra added. ‘Hairstylists hold all the power in Hollywood.’

Last week Sandra hit the red carpet in London for The Lost City’s London premiere in Leicester Square. Sandra looked sensational in a chic black tuxedo with pink, red, and purple draping which is thought to be by Carolina Herrera.

The star wore her brunette locks down and curly, completing her look with smokey eyeshadow and pink lipstick.

Sandra plays the lead role of author Loretta Sage in The Lost City. Her character writes about exotic places in her adventure novels, which feature a handsome cover model named Alan (Channing Tatum), but is rather reclusive in her own life.

While on tour promoting her new book, Loretta gets kidnapped by an eccentric billionaire (Daniel Radcliffe) who hopes she can lead him to an ancient city’s lost treasure from her latest novel.

Hoping to prove he can be a real-life hero as well as a fictional one, Alan tries to rescue Loretta with the help of former Navy SEAL Jack Trainor (Brad Pitt).