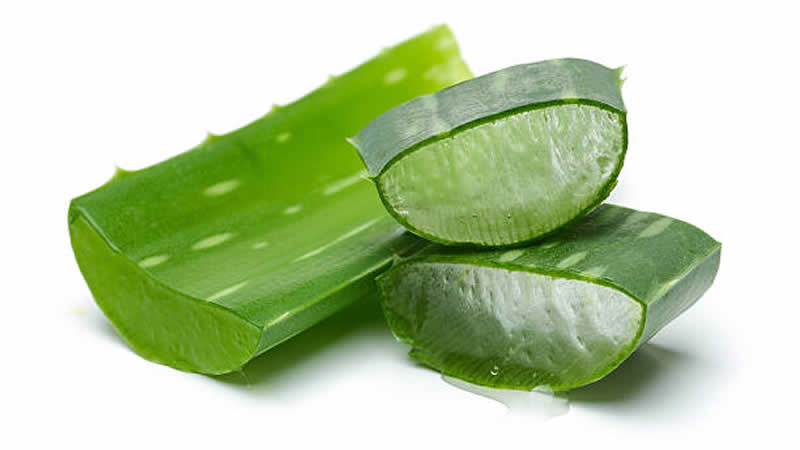 Aloe vera is more than a balm for summer sunburns. Herbalists and naturalists will tell you they use it for everything. Rightfully so. The leaves, juice, and gel from the aloe plant function topically and internally as a natural remedy to treat multiple ailments.

Aloe is a popular perennial from the family Asphodelaceae. A close cousin to the zebra plant, Aloe vera has 400 variants in its family. It makes an ideal potted succulent, but it’s more like a portable medicine cabinet.

The qualities found in Aloe vera gel have potent medicinal properties that have been used for thousands of years (via Healthline). A 2008 report from the Indian Journal of Dermatology uncovered the numerous ways Aloe can heal the body.

When the thick inner fillet is blended or juiced, it becomes a natural moisturizer, antiseptic, tissue regenerator, mouth rinse, and immune booster. The green outer portion serves as a laxative agent (via Medical News Today).

In a study published by the Journal of Pharmacognosy and Phytochemistry, experts detail more of those benefits. Results showed that when taken orally, Aloe vera can provide relief for swollen and bleeding gums. If this phyto-hero can do all of that, could it heal stomach ulcers too?

How can aloe vera treat ulcers?

Gastric ulcers are painful sores that develop in the stomach lining. Mayo Clinic names bacterial infections and medications like Motrin and Advil as common causes of ulcers. Ulcers form when the protective mucous lining of the stomach has been eroded by stomach acid.

Dietitians at Healthline note that drinking Aloe vera’s juice may reduce stomach acid levels. Having less acid in the stomach eases the irritation of ulcers. This makes Aloe a temporary remedy for the pain, not an overall fix.

Although Aloe heals in many other ways, we can’t officially call it a cure. One study published in the National Library of Medicine revealed that Aloe vera worked in rats to heal stomach ulcers.

However, since the most conclusive studies were conducted on animals, more research is needed for us humans. Dr. Manasija Rath from Penn Medicine confirmed, “There is less certainty about the effects of Aloe when it is taken orally.”

What we do know is, that Aloe vera has restorative power. The juice and gel are effective in healing ailments in the body. Aside from animal studies, there’s not enough evidence to confirm Aloe’s effectiveness in healing (human) stomach ulcers. If you’re suffering from unexplained stomach pains, consult a health specialist. Take care and be well!

Be Healthy Be Positive

How to Calculate Menstrual Cycle Period